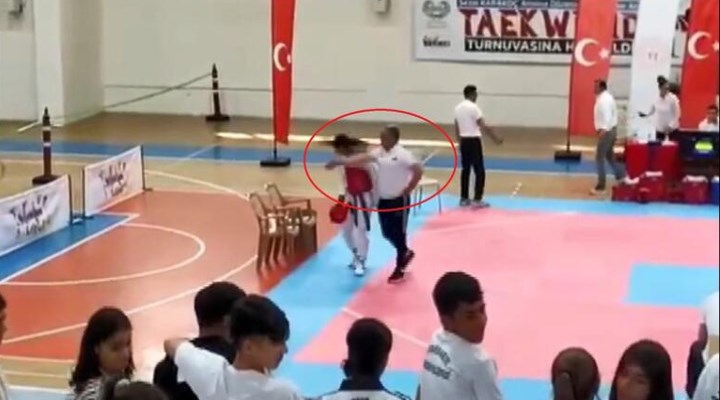 In Diyarbakır, Turkey Youth Taekwondo Provincial Election, 17-year-old İrem Pala, who was slapped by coach Orhan Baytekin for losing the match, claimed the incident was caused by a major misunderstanding and said, “I do not accept that My coach was violent about me in any way. I wanted him, “he said.

İrem Pala, who was slapped by coach Orhan Baytekin in Diyarbakır, Turkey Youth Taekwondo Provincial Election because he was eliminated from the auditions, made a statement.

Claiming that the incident was caused by a great misunderstanding, İrem said, “I was under the effect of shock, I abandoned the match. This is a big plot anyway. They missed the last 10-15 seconds of the match. “I don’t accept that my coach showed violence to me in any way. It was a slap that I threw at him.” I wanted it on my own, “he said.

“My family is not complaining about this situation either. I am not complaining, I am behind my coach,” said İrem Pala, “He will be innocent anyway. I don’t want my coach to be prosecuted in any way. “It’s a misunderstanding. You didn’t watch my whole game, just 15 minutes.” “You watched for a second and it was a video that was cut while you were behind. Please don’t say anything until you watch the whole thing.”

According to DHA, his coach Orhan Baytekin, who was slapped by İrem Pala, also stated that the athlete was shocked during the match and wanted him to slap him, and said:

“At the end of the match, I congratulated the opponent’s athlete. And then my athlete came. I put my hand on the back of his neck, ‘girl, do you have anything?’ I said, “No,” he said, “Slap for God’s sake,” I said, “I slapped him too. I don’t know if he was slow or not. I was stressed, and I laughed.”

We have entered into this policy of slander. I have trained hundreds of athletes so far. We haven’t let the team championship go to anyone for 3-4 years. We always won 7-8 medals in the junior, star and junior categories. Our 3 medals were guaranteed yesterday, we were playing the final. I don’t beat any of my athletes, nor do I hurt them. My family was always there for me. I’m a victim of this defamation policy. “

In Diyarbakır, a coach named Orhan Baytekin slammed athlete İrem Pala, who was eliminated in the Turkey Youth Taekwondo provincial elections. Making a statement on the incident, the Turkish Taekwondo Federation stated that Orhan Bayetkin had been carefully referred to the federation’s disciplinary committee.

In a statement stating that an official letter had been sent to the Diyarbakir Youth and Sports Provincial Criminal Directorate Board for necessary action to be taken, it stated that it would not be able to take taekwondo-related duties until the investigation was concluded. In addition, Orhan Baytekin was fired by the Provincial Directorate of National Education.

See also  Do we still see these players in the Eredivisie? | NOW

the alarm from USA. “Risk for Anxiety and Cancer”