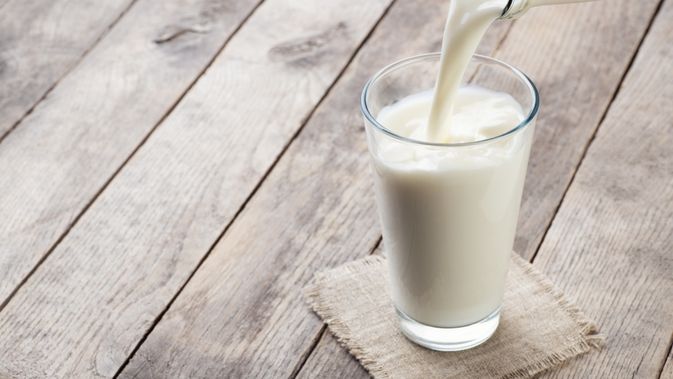 When a cold and cough, usually the eyes will water and the head hurts. Loss of appetite can also occur. Though the intake of nutritious food is important to build the immune system in order to speed up healing.

However, not all foods and drinks can be consumed when a cold and cough. There are claims that we are banned drink milk when coughing and cold.

Dairy products are believed to create excess mucus in the nose and throat. Can I drink milk when I cough? Find out the doctor’s explanation below.

Colds, flu, and upper respiratory infections can cause a stuffy nose, cough, sore throat, and sometimes fever in response to the virus.

These symptoms are the body’s defense mechanism to get rid of disease. Increased mucus production is also one of the body’s ways of fighting infection.

Although it looks disgusting, slime actually has an important role. Various causes of disease will collect and bind in the mucus, then expelled when coughing or blowing the nose.

Other Articles: You’ve Recovered from the Flu, but Why Are You Still Coughing?

A study entitled “Relationship between Milk Intake and Mucus Production in Adult Volunteers Challenged with Rhinovirus-2” found that milk had no effect on the volume of mucus expelled from the nose.

On the other hand, a 2019 study entitled “Effect of a dairy diet on nasopharyngeal mucus secretion” found, dairy-free diet can indeed reduce mucus.

The researchers tested 108 people, of whom consumed dairy products and those who did not, for six days. As a result, nasal congestion problems were reported lower in the group that did not consume dairy products.

In another study entitled “Does milk increase mucus production?”the effect of milk on mucus production depends on the genetic makeup of the individual and the type of milk protein.

The casein protein A1 (found in cow’s milk) stimulates mucus production in the intestines of some individuals. This is what causes nasal congestion in some people.

Doctor Arina Heidyana also agreed, dairy products will affect mucus production. “Dairy products can make mucus thicker. However, it should not be completely avoided,” he said.

Other Articles: When Coughing and Cold in Children Occurs Repeatedly

“Mucus can be overcome by increasing the consumption of water to thin the phlegm,” explained dr. Arina.

When you have a cold, drinking lots of water can thin the phlegm and help it drain out. Good hydration also helps prevent nasal congestion in people with seasonal allergies.

In addition, keeping the surrounding air moist is also important for people who have colds and coughs. Dry air can irritate the throat and nose, causing more mucus to form.

use humidifier in the bedroom to reduce discomfort during colds and coughs. Nasal sprays can also treat nasal congestion, as well as clear mucus and allergens from the nose and sinuses.

Drinking milk during coughs and colds does not always cause excess mucus in everyone. If you are in doubt, consult a doctor regarding the consumption of milk that suits your condition.

See also  There are two with glyphosate: Vegan yoghurts are convincing - mostly

Get complete information about other cough and cold treatments on the KlikDokter application.

a dog found dead in a canal, he had stones hanging from his neck…