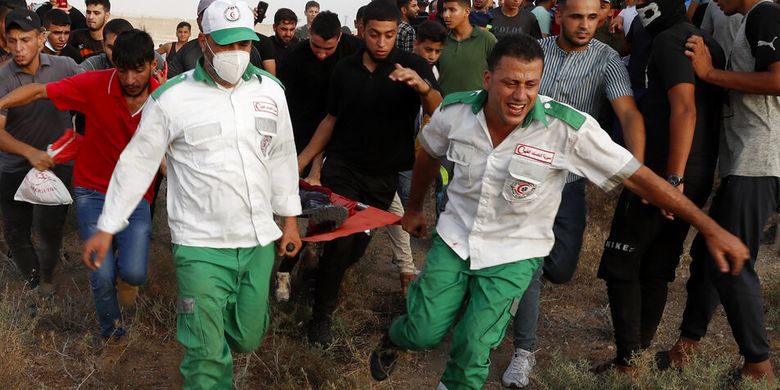 This comes hours after violent clashes between Palestinian protesters and troops along the border.

Reported APThe Israeli military said in a statement that planes bombed Hamas militant facilities in the Gaza Strip in response to the launch of incendiary balloons into southern Israel.

Also in response to the violent protests held for two weeks in a row.

Israeli Prime Minister Naftali Bennett spoke to reporters in Washington before he boarded a flight to Israel, ending a state visit that culminated with a face-to-face meeting with President Joe Biden.

It was the first visit since Bennett took office in June.

“We will operate in Gaza in accordance with our interests,” he said in Hebrew on the runway.

Bennett also said he “achieved all the goals for the trip” to Washington, including strategic cooperation in preventing Iran from acquiring nuclear weapons.

On Saturday (28/8/2021), hundreds of Hamas-backed activists staged a nighttime protest along the Israeli border, throwing explosives at Israeli troops who responded with live fire.