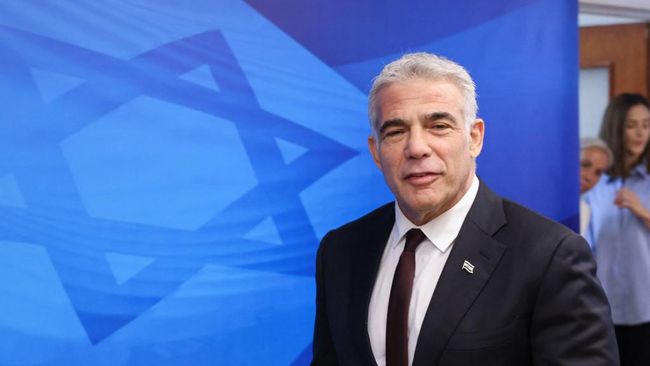 Minister of Foreign Affairs Israel, Lair Yapid, said it was ready to act alone to attack the nuclear program Iran.

Yair Lapid made the remarks to the Israeli parliament’s Committee on Foreign Affairs and Defense as the Vienna talks on nuclear continued.

In recent months, he continued, he has carried out intensive dialogue with all countries involved in the negotiations.

Not only with the United States, Yair Lapid also admitted to having talks with the governments of Russia, France and Britain.

Israel, he continued, had clearly stated that it would not allow Iran to exceed the threshold regarding its nuclear program.

“Of course, we prefer to act in international cooperation, but if we are going to act alone it is for our security,” Yair Lapid said.

On the previous day, the eighth round of negotiations on the return of a number of countries to join the Nuclear Agreement (JCPOA) took place at the Palais COburg Hotel, Vienna.

Israel hopes for a deal that allows oversight of Iran’s nuclear program.

The seventh round of nuclear talks will take place from November 29 to December 17. They pushed for Iran to come back and abide by the deal, while the United States lifted the sanctions already imposed on Tehran.

Both sides then agreed on the deal plan.

Unfortunately in 2018, under the administration of Donald Trump, the United States withdrew from the JCPOA.

After that, the US imposed a tough policy on Iran. The US move is said to be a trigger for Iran to ignore its own obligations.

Reserve stress: why the Central Bank finds it difficult to accumulate dollars at the end of the year

GPs can barely handle work pressure due to staff shortage and corona: ‘I hardly see my family anymore’