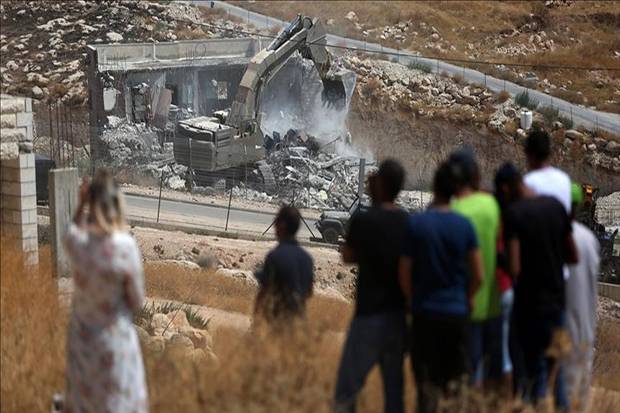 JERUSALEM – Palestinians regret that the justice system Israel used as a political tool to change the status quo in occupied East Jerusalem. According to residents Palestine , the courts were used by Tel Aviv as a tool to seize their land.

“The justice system cannot be separated from the executive and legislative authorities in Israel,” Ahmad Amarah, an anti-settlement advocate, was quoted as saying by Anadolu Agency on Wednesday (28/7/2021).

These families must carry out an Israeli court order and leave their homes before August 15.

“About 187 members of my family and relatives have been threatened with forced evictions,” said Qutaiba Odeh of the Silwan neighborhood in East Jerusalem.

Amarah argues that the house demolition policy is part of the Israeli government’s process to “de-Palestinian” Jerusalem and create Jewish history in the city.

“Because Palestine has original villages, cities, historical names and depths, Islamic and Arabic religions, Israel seeks to ridicule this history by destroying villages, confiscation of land, and changing city names from Arabic to Hebrew. ,” he said.

He said the settlement association Ateret Cohanim and the Ir David Foundation, commonly known as Elad, are working to increase the Jewish presence in Jerusalem, citing the construction of what the two groups call the “City of David” in the Silwan neighborhood.