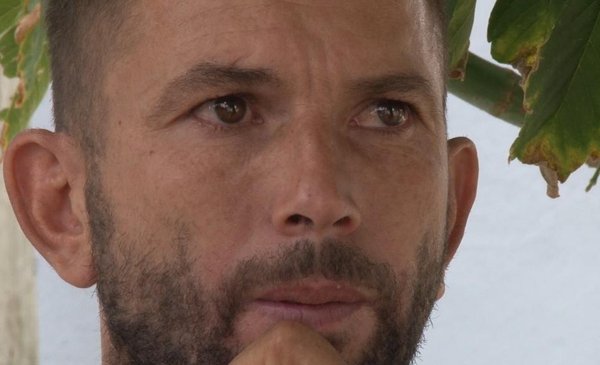 Go dancing, get on the bus and doze on the long trip home. The part of the weekend routine for teenagers and young people that R.D.F. of 17 years indicated ascent in the Center, after the night in a bowling located in 122 and 50 and the descent in Abasto. Everything was going well until a stranger sat next to him, whispered something and without waiting he applied a fierce string of elbows on his head. The father of the beaten minor denounced yesterday that the scene was worse than what a video of about 15 seconds shows that caused commotion beyond the limits of the City.

“It was something armed, premeditated: they even took care of recording the blows,” Claudio, the father of the teenager attacked on the episode recorded at dawn on Saturday, told this newspaper yesterday. He referred to the images that circulated a few hours later and that, after the police report made by the man at the Melchor Romero police station, led to an investigation of Juvenile Justice, by the prosecutor Carmen Ibarra (UFIJ Nº 3 ).

The dissemination of the recording on Sunday afternoon hastened police and judicial action. He even hit the alleged aggressor, who came to the fore in the filming.

This is the 16-year-old L.J.O teenager, who appeared at the Melchor Romero section with his mother. Wall was the victim with his father. It was the second time they crossed into their short lives.

Claudio explained that, according to his son, he did not know his assailant. He also told him that this teenager did not act alone. Then, he detailed a scene of spooky violence, with elements similar to events of the last months in which everything ended with deaths, in cases -see separately-.

“He went up in the Center and the other boys a few blocks later. Nothing happened on the way. They traveled almost 40 minutes, normal. They were all scattered on the mike and my son sat in the last seat, against the door. When they reached the area of ​​520 and 161, while my son was arms folded, dozing began to go back and this boy sits next to him. Then, he asked where he was from and my son told him `Abasto´. The other replied `ah, well. We are from Romero´ and he started hitting him. My son was folded, ”he said.

According to Claudio and the researchers suspect, one of the members of the group he was with who threw a string of four elbows to the head of R.D.F. I knew what was going to happen when he picked up the phone. After two accurate first strokes, the boy raises his arms and cushioned the attack until he launched himself at his assailant.

The situation did not end there, according to the father: “Automatically, the driver opens the back door and when they got off they kept hitting him.”

In the memories of the victim, which his father reproduced, the group was large, at least a dozen people. The result of the aggression was the following: “blows to the head, nose, loose teeth, forehead, one knee and a swollen hand.”

“With the recording they made, this was premeditated,” insisted the teenager’s father.

According to a source of the investigation, both the victim and the aggressor are identified and have already gone through the medical review process to verify injuries and traces of violence.

“At the moment we denounced at Romero police station I see that the boy (alleged aggressor) walks with the mother and they go to the house,” Claudio recalled about one of the long chapters of recent days.

After the beating, he said, his son continued on the bus until he reached Abasto. He descended at a stop on 520 Avenue and sat on the cord until he recovered some lucidity. He went to his house and his parents started there a weekend of terror.

“I haven’t eaten for three days, I don’t sleep and I’m not going to work,” said the father, who divides the week between a remís and a housing factory. Yesterday, they started the morning at the police station, went to Romero’s hospital, returned to the police station and in the afternoon, when Claudio attended this newspaper, they were turning towards Romero.

The boy will be absent from school these days, until he loosens the “shock” he was still in the afternoon.

Prosecutor Ibarra ordered to locate witnesses, the bus of the West Line in which they were traveling and their driver. Also, he requested the images that circulated and the investigation of other telephones and cameras of the public thoroughfare.

Regarding the accused, he requested a report on his living conditions. “Later, with more elements, the legal qualification and the steps to be followed will be defined,” said a source of Courts

The researchers are looking for evidence that complements the images and the story about the subsequent beating, among several young people.

It seeks to establish whether the minor already identified in the cause by “minor injuries” and the other youth (not yet identified) have a history of violence. Also if, as some versions indicated, they published images of this and other facts as records of their ability to harm.

The attacked boy did not know those who attacked him, his father told this newspaper.

The aggressors approached the boy who was sitting in the background, beat him and descended from the bus, in 520 and 169.