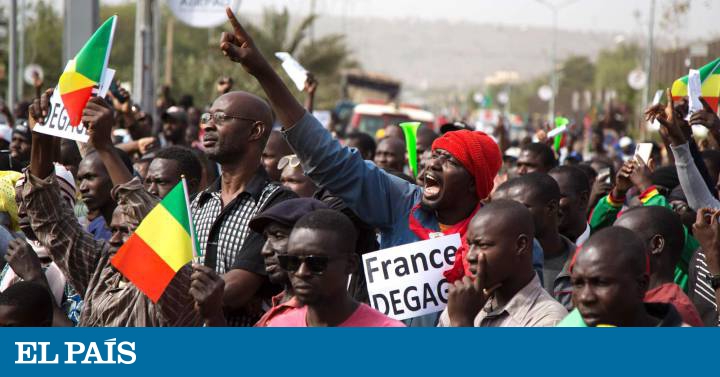 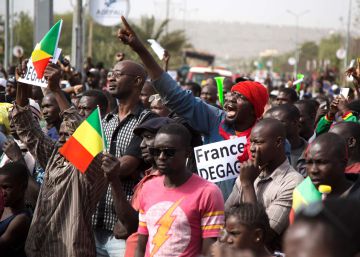 Dozens of terrorists aboard pickups and motorcycles pounced last Thursday, around noon, on the Chinegódar military camp in Niger. The skirmish ended with 166 dead, 89 Nigerian soldiers and 77 assailants, making it the worst jihadist attack suffered by this country in its entire history. This episode is but the bloody epilogue to the deadliest year in the Western Sahel since the start of the crisis in 2012. According to data compiled by the International Crisis Group (ICG), 4,779 people were killed in Mali, Niger and Burkina Faso in 2019. Faso, 86% more than in 2018. Jihadist violence and extrajudicial killings of civilians by militias and paramilitary units are spreading throughout the region.

When the Tuareg rebels in northern Mali took up arms in January 2012 with the aim of creating an independent state, no one could have predicted that eight years later the entire region would be shaken by violence that has claimed no less than 12,824 lives. in this period. Its alliance of circumstances with three terrorist groups operating in the area, Ansar Dine, Al-Qaeda of the Islamic Maghreb (AQMI) and the Movement for the Uniqueness of Jihad in West Africa (Muyao), sparked a conflict that neither successive military operations Neither the French (Serval and Barkhane) nor the creation of the Sahel G5, the underinformed force made up of the Armies of Niger, Chad, Mauritania, Burkina Faso and Mali, have been able to stop. Given the increase in jihadist attacks, the French president, Emmanuel Macron, is meeting on Monday the presidents of those five countries at a summit in Pau (south-western France) to address the issue.

See also  Toti, that excitement on the bridge - the Last Hour

In parallel to the increase in attacks and deaths, growing anti-French sentiment is spreading throughout the region on the back of groups that define themselves as anti-colonialists. If in 2013 the Gallic troops of Operation Serval were received as heroes in the streets of Gao and Timbuktu, nowadays their presence is increasingly contested. Anti-government protests in Bamako chant slogans against “the occupying army” and in Ouagadougou (Burkina Faso), citizen movements do not hide their discomfort at the military interventions of Barkhane, who travels the roads in the north of the country in search of suspected terrorists without any impediment.

Burkina Faso is the best example of the situation. In 2019, it became the fourth African country in the number of victims of violence, going from 303 people killed in 2018 to 2,189 last year, just one step behind such consolidated conflicts as those of Nigeria, Somalia and the Democratic Republic of the Congo and ahead of Libya, according to the ICG. Burkina Faso has even surpassed Mali (1,870 deaths in 2019) and Niger (720 fatalities). The most worrying is the trend. December last year was the month with the most murders in terrorist attacks in the three countries, including the jihadist offensive against the Nigerian headquarters of Inates, which killed 71 soldiers.

In addition to Diffa, in the extreme east of Niger, where Boko Haram continues to be active, the so-called three-border area is, today, the main epicenter of this violence. From the Malian regions of Mopti and Gao, the jihadist presence has spread to the Sahel, Center-North, East and North regions (Burkina Faso) and to Tilaberi, in western Niger. It is here, in the enormous Sahelian expanses, where three terrorist groups move like a fish in the water supported by the porosity of the borders, the incapacity of armies in frank withdrawal and the discomfort, sometimes turned into complicity with the radicals, of communities plunged into poverty and abandoned to their fate who also suffer the violent repression of the State.

On the Malian side of the border the most active is the Muslim and Islam Support Group (JNIM), the terrorist coalition resulting from the union of Al Murabitún with Mojtar Belmojtar (known as Mr. Marlboro or El Tuerto), Ansar Dine led by the Tuareg Iyad Ag Ghali and the Macina Liberation Front of the preacher Fulani Amadou Koufa. The JNIM maintains links with Al Qaeda. In 2016 Ansarul Islam arises in the north of Burkina Faso, led by Malam Dicko at the time and is now believed to be by his brother Jafar Dicko after the death of the former. Finally, there is the Islamic State of the Great Sahara (EIGS) under the command of Abu Walid Al Saharaui, responsible for the main attacks in Niger but also capable of striking in the other two countries.

In front of them, in addition to the national armies, Operation French Barkhane, the most numerous of all that this country maintains abroad, has some 4,500 troops on the ground. They have been joined by a British detachment with 100 soldiers and three helicopters and 70 soldiers and two other Danish helicopters, reports AFP. As a peacekeeping force, the UN maintains some 15,000 blue helmets in Mali, coming from countries such as Chad, Bangladesh, Burkina Faso, Senegal, Egypt, Togo, Niger, China or Germany, which are constantly harassed by armed groups that have caused them about 200 casualties.

The G5 of the Sahel was born in November 2015 with the intention of deploying some 5,000 soldiers on the ground, but it has been operational since 2017, it has not reached that figure and it has financing problems, since of the 400 million euros planned it has only received 300 last year. In addition, its troops have been accused of human rights violations in Mali, specifically against the Fulani community. Finally, there is the European training mission for the Malian Army and the G5, the EUTM, which has just over 600 soldiers and is the only one in which Spain participates, although without engaging in combat.

See also  From tariffs to TV, here is the EU-Great Britain - World agreement