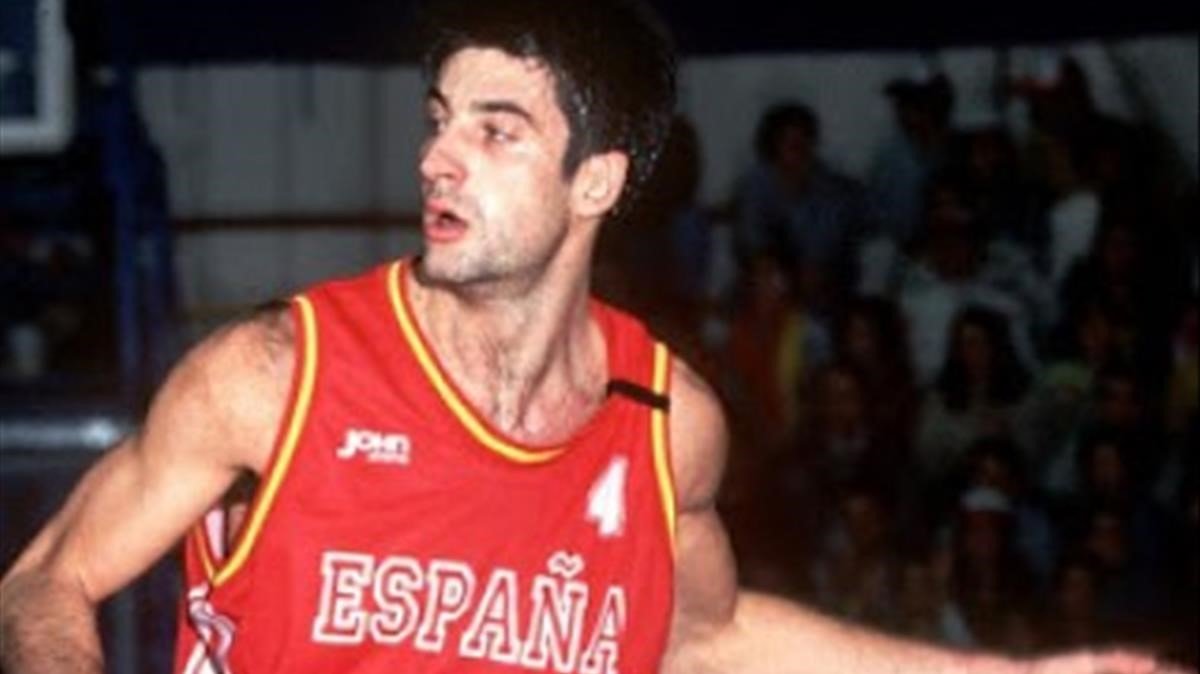 In the history of Spanish basketball there are two peak moments: the silver medal at the 1988 Olympic Games and the emergence of the generation of the Golden Juniors at the dawn of the 21st century, but among them there was a generation that survives in the books. of history thanks to a record still not broken, the highest scoring record of a match that he achieved Jordi Villacampa in 1990 with 48 points, the fair memory of a myth between golden generations.

In the years in which basketball ceased to be residual to become a mass sport in Spain, Villacampa debuted at the age of 16 at a Joventut de Badalona in which he played 17 seasons and he won the Euroleague before Barça won it. In the penya He played continuously until he was 33 years old, before retiring from the fields to later preside over the club from 2000 to 2017, and there he has retired number 8.

Villacampa had to lead the team in unsuccessful years (compared to what came later), with nothing more than a European bronze medal after 158 internationalities, with participation in two Olympic Games, three World Cups and four Europeans, but always far from the golden laurels that ventured the previous generation and that confirmed, in the last two decades, the subsequent batch.

With everything and with that, Villacampa valued his status as a star and managed to score 48 points against Venezuela, even if it was in the sad resolution of the classification from the ninth to the sixteenth of the 1990 World Cup. That was a punishment for losing in the first rounds, far from almost everything, in Salta, a provincial capital of the Argentinean northwest, an area of ​​Andean culture closer to Sucre and the Bolivian altiplano than to the beaches of Buenos Aires.

That Mundobasket, in which the Brazilian Oscar Schmidt Becerra averaged more than 34 points per game, went down in history for the Croatian flag incident in celebration of the title of an unstoppable Yugoslavia that never again competed together.

The team ended up playing in a pavilion with hardly any space for temporary plastic seats, after an eighty advertisement for gin, among the silence of the almost empty stands, the ballboats and protests against the harshness of Venezuelans of the retransmission of Radio Televisión Española of the time.

Reflection of an era

Despite the collection of medals held by the Gasols, Juan Carlos Navarro, Felipe Reyes, Calderón or the also youth squads from the penya Rudy Fernández and Ricky Rubio, that brand resists as the reflection of an era that has been half hidden among the bombastic successes of the generations that flank its history. The previous best scoring mark in a game of the Spanish team had it Jordi Bonareu, who scored 45 points against Italy at the 1955 Mediterranean Games in Barcelona.

What footballer, champion of Europe in 1991, went down in history for achieving three goals from a direct free kick in the same party?