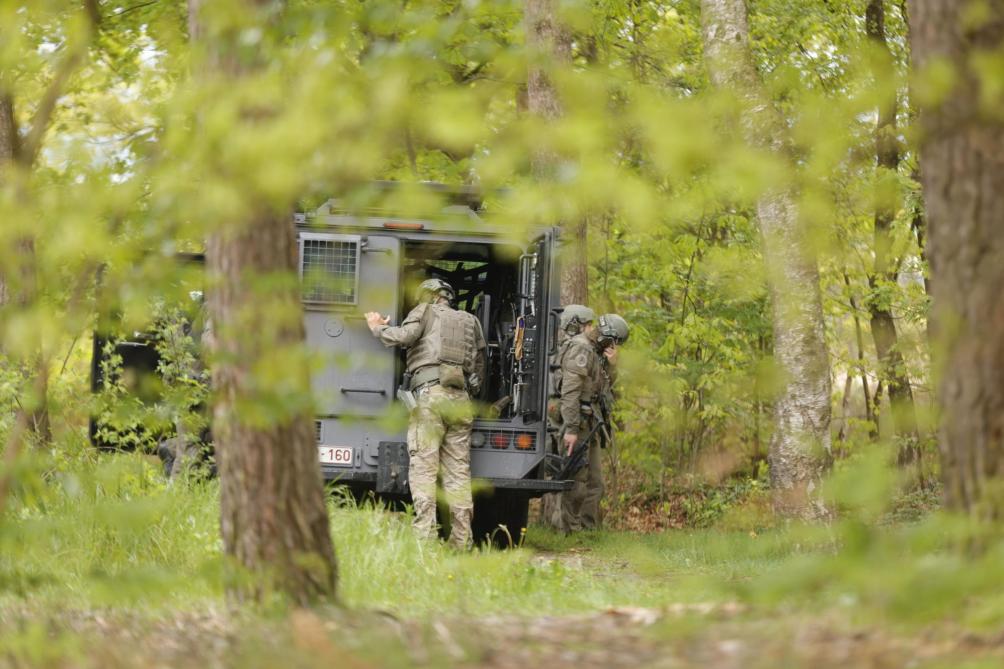 Jürgen Conings’ vehicle was found with weapons and a suspicious device.

C‘is a hunter who spotted, Tuesday, May 18, Jürgen Coning’s vehicle in the thickets of a forest in Dilsen-Stokkem. The soldier’s car had been found with weapons. On board the vehicle was a supsect device, namely a “FLARE TRIP” (light trap). Other ammunition as well as, among others, 4 rocket launchers in their logistic packaging had been found in the vehicle.

In its technical report, the Explosive Equipment Destruction and Removal Service (SEDEE) describes that the potential consequences of triggering the “FLARE TRIP” in combination with the ammunition discovered and additional materials are very difficult if not impossible to predict. The risk of a violent fire with additional explosions is not excluded, he concludes.

Still on the run

The police and the army have been searching since Thursday morning three new demarcated areas north of Boslaan, in the Hoge Kempen nature park (Upper Campine), in Limburg, in the hope of finding Jürgen Conings, known for his sympathies with the ‘far right. There is currently no indication that the wanted person is dead, said the federal prosecutor.

The police have been looking for more than a week for Jürgen Conings, a 46-year-old soldier listed as “potentially violent extremist” by the Coordination Body for the Analysis of the Threat (Ocam). The armed fugitive had threatened to attack state structures, a mosque and several personalities, including virologist Marc Van Ranst.

The last hometown in Singapore: Trying to survive in the midst of massive city development