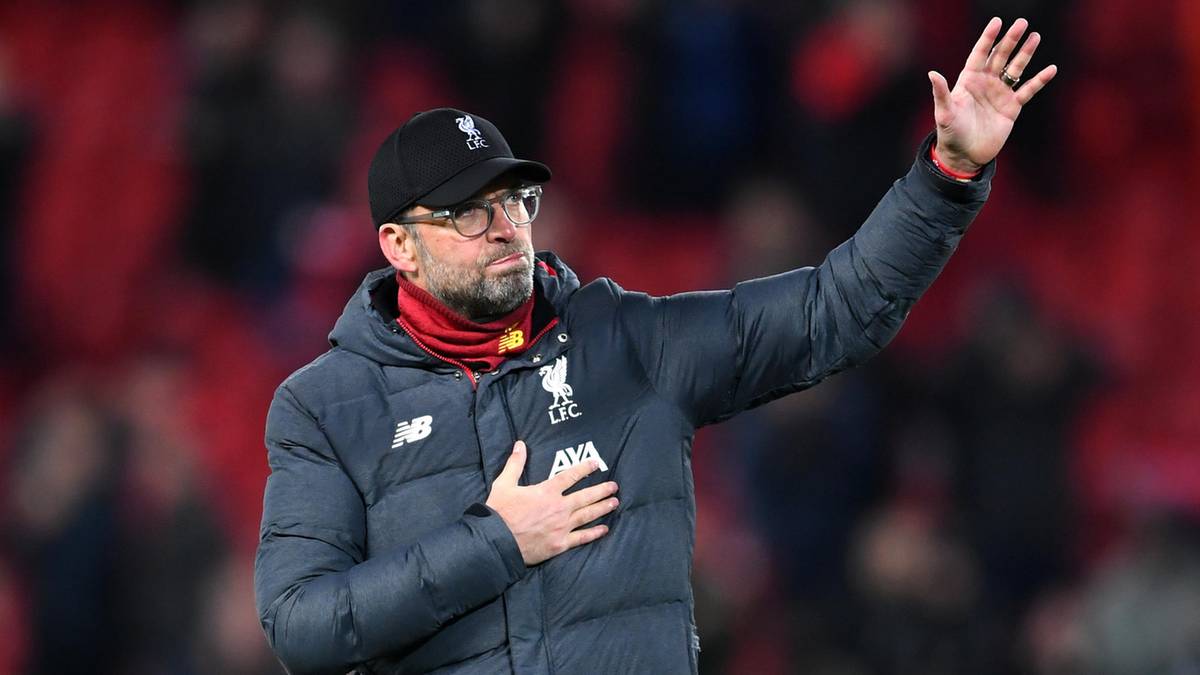 Jürgen Klopp must have suspected something in the past few days. He was probably one of the first to see the dark clouds gather over Liverpool’s flawless season. Because in the days before the Premier League officially ceased playing until at least April 3, the German coach of the “Reds” reacted visibly irritated in public several times.

He snapped a journalist who asked him about the corona virus that his opinion as a football coach on the subject was really irrelevant. He hissed a hearty “Take your hands away, you damned idiots!” opposite. And after the defeat against Madrid, he nagged at the supposedly destructive way of playing of the victorious opponent.

Jürgen Klopp: His tension is understandable

From the professional athlete’s point of view, Klopp’s tension is absolutely understandable: Liverpool FC still lack two victories for the first championship in 30 years. Just a few days ago, the team’s unprecedented winning streak in Watford had broken, insisted on winning the title, considered sober, but no more realistic doubts.

However, since the English Premier League announced on Friday that games would stop operating by April 3 due to the rapid spread of the corona virus, there has also been speculation about a season cancellation. It would be a dramatic turn of events if Liverpool were torn out of all title dreams shortly before the end of one of the most dominant seasons of a club in the history of English football through higher power.

Klopp knows that, and that’s why he wrote an open letter to the fans on the club’s website. In the letter he urges understanding for the game cancellations: “I have already said that football is always the most important thing among the unimportant things,” said Klopp. “Today football and soccer games are no longer important.”

Of course, you don’t want to play in front of an empty stadium and you don’t want games or competitions to be suspended: “However, if this helps keep one person healthy – just one – then no further questions are asked.”

In no way does Klopp mention the elephant in the room: what sporting tragedy it could mean for the passionate fans of the LFC if the rest of the season were canceled. Perhaps the trainer does not mention this because it is too obvious. Because he has the ability to empathize. Because he himself wants to wait for the dynamic situation to develop further. Or because he would rather not think about it.

The great dramas in Klopp’s career

Klopp has lived through many great dramas in his footballing life: missed promotions with Mainz 05, the BVB miracle against Malaga, the mistakes of Liverpool keeper Loris Karius in the 2018 Champions League final, the historic chase against FC Barcelona in the past Season. His career already offers material for a Hollywood trilogy or a Netflix series. At least.

But even these events would be overshadowed if the coronavirus actually prevented Liverpool’s championship title this season. With the decisive difference that Klopp is likely to be even more aware this time than in all the moments mentioned above, that there are more important things in the world than football.