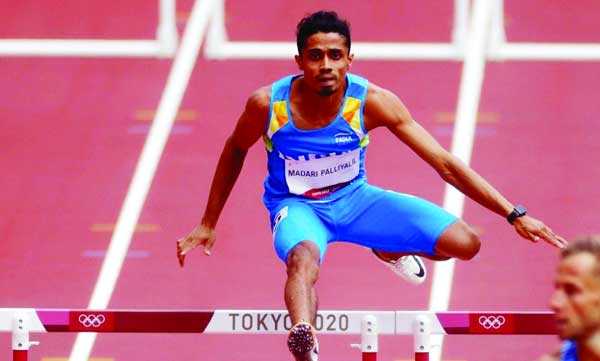 TOKYO: When the Olympics kicked off in athletics, India was disappointed in all the events in which it participated. The Indian players did not advance in any of them.
Most of the fight ended in the Heat House itself. In the 4-400m mixed relay, India finished eighth. Revathi Veeramani, Subha Venkatesh, Malayalee player Mohammad Anas Yahiya and Arogya Rajeev ran for India. They finished last in three minutes, 19.93 seconds. It was the team’s best time of the season. The top three finishers in the Heat House, where eight teams competed, will advance to the final. Malayalee athlete competes in 400m hurdles Jabir also did not make it to the semi-finals.
Jabir, who competed in the fifth heat, finished in 50.77 seconds. He finished last out of seven. Jabir returns as first Indian to compete in Olympic 400m hurdles Roy Benjamin of the United States finished first with a time of 48.60 seconds. Estonia’s Rasmus Maggie and South Africa’s Sokwakhana Sasini also performed alongside Benjamin. The semi is on August 1st. Dyuthi Chand, who competed in the women’s 100m, was also disappointed. Dyuthi, who competed in the fifth heat, finished seventh. He ran in 11.54 seconds. Jamaica’s Shelley Ann Fraser clocked 10.84 seconds and Ajla Del Ponte clocked 10.91 seconds. The top three finishers in each heats and the top three finishers (overall) advance to the semifinals.

Zoom: how to become a Pixar character during a video call