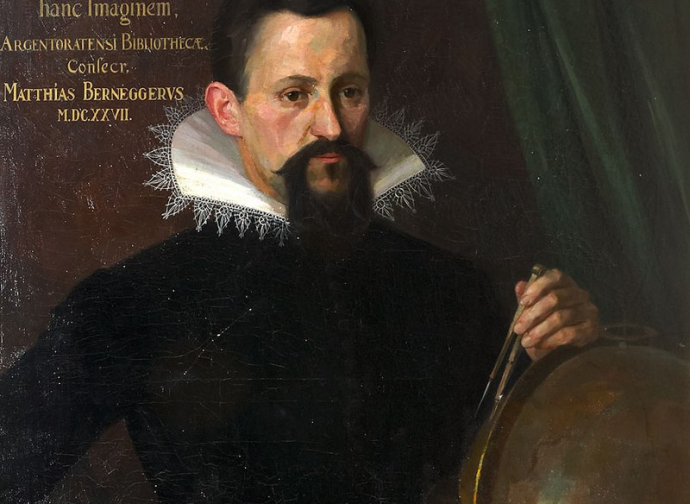 On December 27, 450 years ago, Giovanni Kepler was born, famous for the three laws on the heliocentric movement of the planets. He was a pioneer of astrophysics thanks to the combination of faith and science. He considered music as the echo of the movement of the celestial spheres, created by God the “Surveyor and Supreme Musician”.

On December 27, 1571, 450 years ago, a mathematician and astronomer was born in Weil der Stadt, near Stuttgart, Germany, who sought the music of God in the skies: John Kepler.

At 19 he enrolled in the Theological Faculty of the University of Tübingen, where he studied, in addition to theology, mathematics and astronomy with Michael Mästlin (1580-1635). At 22, Kepler teaches mathematics in Graz, south-east of Austria, but, obeying a decree ordering the expulsion of all Protestants, at the beginning of the 1600s he moves to Prague, accepting the invitation of Tycho Brahe ( 1546-1601). Here he helps the Danish astronomer to prepare the planetary Tables, the future ones Tablets Rudolphinæ (1627), in honor of Rudolf II (1552-1612), emperor of the Holy Roman Empire and patron of both.

With Tycho dead, Kepler becomes an imperial mathematician and inherits the fruit of the planetary observations made in over twenty years by the Dane with the maximum precision obtainable at the time. Thanks to this material, Kepler deduces his famous three laws on the heliocentric movement of the planets. The first – the shape of the planetary orbits is elliptical and the Sun occupies one of the two foci – it really is New Astronomy, as his main work composed in Prague in 1609 is called, since it dispels the ancient belief that all celestial movements must be circular and of uniform speed; it will not appeal to the Aristotelians or, strangely enough, to Galilei. In the midst of the Trent War’years, which devastated much of central Europe, Kepler, distressed by material hardships and family misfortunes, died in Regensburg, southeastern Germany, on November 15, 1630.

Is exactly “An indestructible trust in the possibility of tracing in creation the imprint of a geometer and musician God to make Kepler a pioneer of astrophysics” (AM Lombardi, Kepler: A Scientific Biography, Code, Turin 2008, p. 27). In his 1619 book Harmonics Mundi Books V, in addition to the third law, we find exposed, complete with numerical tables and musical notation of the sounds of each planet, all his theory on the “music of the celestial spheres”: in the wake of Pythagoras and Plato, the discoverer of the laws of the planets considers the music as the echo of the movement of the celestial spheres, created by God the “Surveyor and Supreme Musician”.

Johannes Kepler, its original name is also the baritone protagonist of two operas: The harmony of the world (The harmony of the world), completed in 1957, on his own libretto, by the German composer Paul Hindemith (1895-1963) and Kepler by Philip Glass (born in 1937), American composer among the leaders of musical minimalism, on a libretto in German and Latin by the Austrian Martina Winkel.

The second opera had its first performance on 20 September 2009 in Linz, north-central Austria, where our astronomer taught mathematics from 1612 to 1626. “Fragments of the life and ideas of the scientist Johannes Kepler – we read in the presentation of the DVD – are contrasted with segments of the story of creation [dal libro della Genesi] and poems by Andreas Gryphius (1616-1664), which portray Europe during the Thirty Years War ». The text offered to the composer is not dramaturgically generous: in addition to the title role and the choir, almost always on stage, there are three female voices (soprano 1, soprano 2 and mezzo soprano) and three male voices (tenor, baritone and bass), all anonymous. The music is very rhythmic and compelling with varied melodies; the orchestration is rich: 2 flutes, piccolo, oboe, English horn, clarinet, bass clarinet, 2 bassoons, 4 horns, 3 trumpets, 3 trombones, tuba, 5 percussion, celesta, piano, harp and strings.

The work, which is divided into a prologue and two acts, lasts about two hours. It begins and ends with Kepler’s epitaph, which says in Latin: “I have studied the sky / Now I measure the’shadow of the earth. / The spirit came from heaven, / Now the body leaves its shadow. ” The protagonist explains his intentions in Latin: «I wanted to become theologian / Here, God in my work / also in’astronomy / is praised, / God / who through the book of nature / Wants to be recognized ». Then Kepler admonishes the theologians that «The Bible does not teach / l’optician / el’astronomy”. The solo voices comment that “divine counsel is unfathomable / but not its material creation.” The protagonist then wants to show “that the celestial machine / is not a divine living being, / but a clock, / in which / the movements / of a single / magnetic / and corporeal force take place”. The solo voices note in Latin that “Geometry is the archetype / Of the beauty of the world”. The choir shouts against the transience of things devoured by time, quoting the famous verse from the book of the Qoèlet (1, 2): Vanity! Vanity vanities! The lead voices wonder what would happen if the earth became “dust in the ether”; Kepler wonders if the cold is “the cause of the star shape of the snow”. At the end of the first act the protagonist and the six scholars declare that “Without a clear science / life is dead”.

The second act is dedicated to the human aspect of the protagonist. Astrology, which he dealt with making horoscopes, is used to calculate the date of his conception. Have fun, the solo voices portray him: “This man / has quite / a dog nature / […] he is greedy / without order ». Kepler lists his enemies and justifies their actions with astrology; however, he despises it, since “the human will, / prince of the soul opportunity, / is and remains free! ». The protagonist arrives at his most important discovery: «L’planetary orbit / is a perfect ellipsis. / The celestial movements / are nothing else / than a continuous heavenly music, / whose meaning / is not perceptible / from’ear”. Before repeating Kepler’s epitaph, the choir praises the’God’s creative action in the cosmos, with a Latin text inspired by Psalms 147 and 148.

Kepler and, before him, Tycho Brahe, Galileo, Maimonides, Albert the Great and, after him, even Newton are proof that, in the words of the German physicist who formulated quantum theory, Max Planck (1858-1947), not only “religion and science are not mutually exclusive, but complement and condition each other” (Max Planck, Knowledge of the physical world, Boringhieri, Turin 1993, p. 64-65).