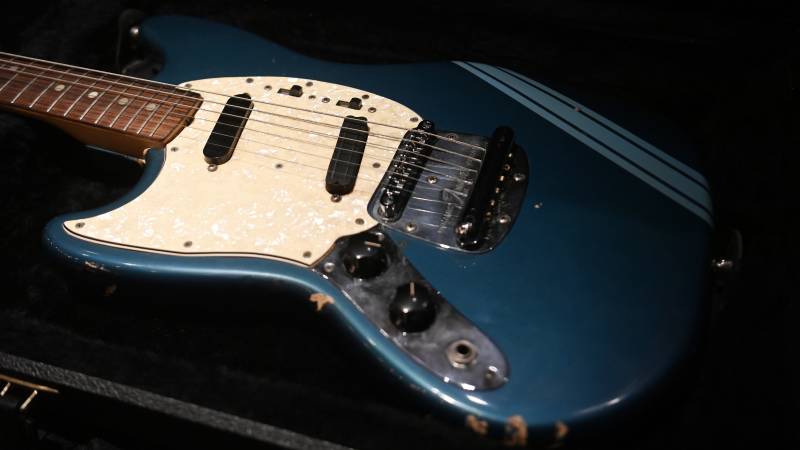 Blue guitar Kurt Cobain of Nirvana played in the music video for Smells like Teen Spirit gave five million dollars (converted more than 4.7 million euros) at an auction. That is considerably more than previously thought; they were supposed to amount to about $ 800,000.

The guitar, a Fender Mustang (1969), was the favorite of the grunge icon Cobain. The instrument has been on display at the Museum of Pop Culture in Seattle for the past twelve years.

Smells like Teen Spirit is a song from 1991 and was on the album Nevermind, featuring the familiar baby in a pool reaching for a dollar bill on a fishing hook. The song became a big hit worldwide, which Cobain himself did not enjoy much. “The reason is people have seen it a million times on MTV,” he said. “It rammed their brains.”

A Cobain car also passed under the hammer. The 1965 Dodge Dart took $ 375,000, Julien’s Auction auction company reported. Part of the money will go to a mental health charity. Cobain himself struggled with psychological problems and committed suicide in 1994 at the age of 27.

The auction was held at Hard Rock Cafe in New York. In all, 1,300 items were auctioned for a total of nearly $ 15 million.

“Vitamin D does NOT work without magnesium”