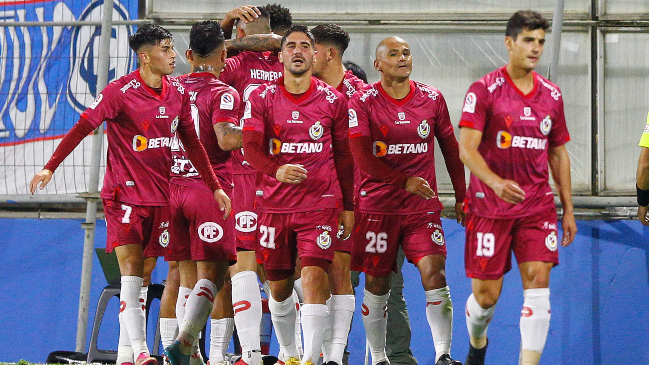 Sports La Serena knocked down an alternative Catholic University, 0-2 at the San Carlos de Apoquindo Stadium, and increased his doubts, giving him his fifth defeat in nine dates of the National Championship.

The “papayeros” achieved the third victory in their history in the foothills. The last one was 31 years ago, in 1991, while on any court, the serenenese squad did not prevail 25 years ago, 28 games ago.

The visitors were better throughout the game, despite the fact that they did not have too many arrivals on goal. The opening of the account came within 23 minutes, after a bad start, which provoked a great cross from Humberto “Chupete” Suazo and a great finish from Marcelo Herrera.

The The knockout blow was dealt in the 74th minute, after a penalty foul by Marcelino Núñez, which was converted with great fury by Leonardo Valencia.a result that ended up being definitive.

UC was ninth with 12 points, while the “garnets” abandoned the last position, remaining twelfth with nine units.

The next duel the “Fringe” will be this Tuesday at 6:15 p.m. (22:15 GMT) against Sporting Cristalwithin the framework of the Copa Libertadores, while, La Serena will host Unión Española this Friday for the local tournament.

PlayStation Plus will try to catch up with Game Pass, but won’t attract new subscribers, analyst says