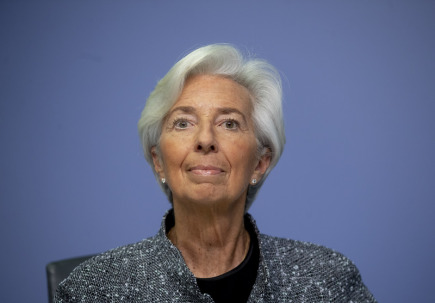 Amsterdam – Cryptocurrencies are based on nothing and should be regulated to prevent people from speculating on their life savings. Christine Lagarde, President of the European Central Bank (ECB), said this on Dutch television today. He is afraid that those who do not understand the risk may lose everything and be very ashamed. Therefore, he believes that cryptocurrencies should be regulated.

Lagarde’s comments come at a time when cryptocurrencies are quite turbulent – the digital currencies bitcoin and ether fell to 50 percent from last year’s record. At the same time, this asset class faces stricter regulatory oversight because authorities fear the dangers of cryptography may pose to the wider financial system.

Lagarde said he was skeptical about the value of cryptocurrencies. It has aligned them with the digital euro, an ECB project that could take place in the next four years.

“My very modest assessment is that (cryptocurrency) has no value, they are not based on anything, there are no hidden advantages that would act as a lifeline,” the head of the central bank said. This should not be the case for the digital euro, as the ECB will be behind it. The digital euro should thus become a more secure store of value.

Concerns about cryptocurrencies have already been raised by other ECB officials, Bloomberg said. One of them is Executive Board member Fabio Panetta, who said in April that cryptocurrencies had created a new Wild West and compared them to the 2008 subprime mortgage crisis.

Lagarde added that he himself does not hold any cryptocurrencies because he wanted to keep what he said. But he watched them carefully because one of his sons invested in them, even though he did not advise him. “He’s a free man,” he said.