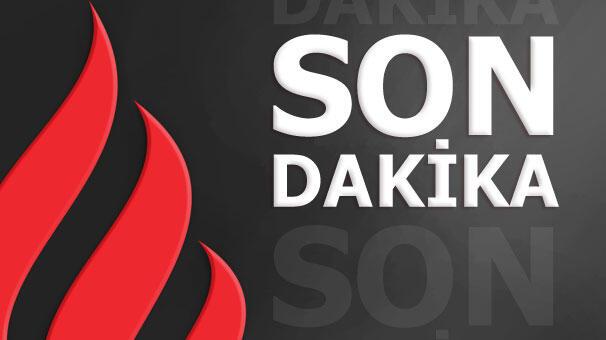 In Idlib countryside, 33 soldiers were martyred in the air strikes by regime forces against Turkish Armed Forces.

We convey the developments live …

04:31: The Minister of National Defense Akar went to the Tactical Command Center in Hatay, where the operations in Idlib and the Land and Air Force Commanders were directed. Akar and the Commanders are directing and directing the action against the regime targets in Idlib at the zero point of the border.

04:18: UN Secretary General Guterres: We are repeating the call for an emergency ceasefire in Syria. We follow with great concern the air strike and rising tension against Turkish soldiers in Idlib.

04:15: MHP leader Bahçeli, regarding the low attack carried out by the regime in Idlib, “The enemy should be crushed where it is seen. Land and air operation should be executed rapidly to Idlib.” said.

THE NUMBER OF THE MARTYRS RISE TO 33

03:45: Hatay Governor Rahmi Doğan announced that 33 soldiers were martyred in the air attack against Turkish Armed Forces (TSK) members in Idlib by the Assad regime.

Governor Doğan said, “As a result of the air attack carried out by the Assad regime forces against our Turkish Armed Forces in IDlib, I shared with the public that 22 of our Mehmetçi were martyred. Unfortunately, 7 of our seriously wounded were martyred. 33 Mehmetçi was martyred as a result of the air attack. Our wounded soldiers in hospitals are not life threatening. I wish our martyrs to God again, urgent injuries to our injured people, condolences to their families. Thank you. said.

See also  Santelli under attack, but the Pd wanted the reopening

03:41: US State Department: We stand by NATO ally Turkey. We are deeply concerned about the attack on Turkish soldiers in Syria.

02: 43: NATO Secretary General Stoltenberg condemned the Syrian regime and its supporter Russia’s attacks in Idlib and called for an end to the attacks.

29 SOLDIERS OF THE SOLDIERS, 36 OF OUR SOLDIERS

02:01: Hatay Governor Rahmi Turan stated that the number of martyrs increased to 29 and 7 Mehmetçik of our severely wounded were martyred. Turan said, “We have 36 injured in the hospital. Thanks to our nation.”

01:40: AK Party Spokesperson Ömer Çelik: “The murderer regime and those who encouraged him will account for this treacherousness in the most severe way.

01:16: Head of Communication Fahrettin Altun: The blood of our hero soldiers will not be left on the ground, our activities in the Syrian field will continue until the hands extended to our flag are broken. It has been decided to respond to the illegitimate regime that has directed its soldiers to our soldiers. All known targets of the regime have been taken under fire with our air and ground fire support elements and they continue to be taken. We call on the Astana Process to fulfill its responsibility on the entire international community, especially the parties. If the past events in Rwanda and Bosnia and Herzegovina are repeated in Idlib today, the audience cannot be watched.

00:45: Reuters, the news that a senior Turkish official to the base of Syrian refugees in Turkey has announced that it has decided not to land or stop their passage to Europe by sea.

THE NUMBER OF THE MARTYRS RISE TO 22

00:36: Hatay Governor Rahmi Doğan, “I shared with the public that 9 Mehmetçiğıt was martyred as a result of the air attack carried out by the elements of the Assad regime in Idlib. I regret to say that this number increased to 22.” said.

Doğan made a statement to journalists at the AFAD Provincial Directorate building on the airstrikes against Turkish Armed Forces (TSK) in Idlib.

Stating that the attack was carried out by the regime elements, Doğan said:

“As a result of the air attack carried out by the elements of the Assad regime in Idlib, I shared with the public that 9 Mehmetçi was martyred. I wish to express this regret to the number 22. all kinds of treatment continues in our hospitals. Thank you. “

“There are allegations that our soldiers are under the rubble and that the rescue efforts will continue tomorrow,” said a journalist. “At the moment, all our soldiers were taken inside the Cilvegözü Border Gate. Our injured are in the hospital.” gave the answer.

00:15: Radio and Television Supreme Council (RTÜK) President Ebubekir Şahin stressed that responsible broadcasting should be made regarding the news coming from Syria.

00:05: After the attack on Mehmetçi in Idlib, there is a movement in party centers in Ankara. While Kılıçdaroğlu and Bahçeli were following the developments in the party headquarters, Meral Akşener met with President Erdoğan over the phone.

23:49: Hatay Governor Rahmi Doğan announced that our soldier was a martyr. Dogan, indicating that attack the regime forces carried out, said: “TSK elements by Idlib regime forces has suffered air attacks. These attacks result 9 Mehmetçiğimiz us have been killed. Our Wounded, we have mortally wounded, we get to Turkey from the wounded our Cilvegozu border gate. Treatment continues I wish mercy from Allah to our martyrs and urgent healing to our wounded. Thank you to our nation. I will continue to inform the public about our injured people. “

Doğan emphasized that there is no need for blood for the wounded in the hospitals, “All precautions have been taken, all of our health personnel are on duty. We are taking necessary interventions to our injured people. he spoke.

23:42: A security meeting was held at the Presidential Complex under the chairmanship of President Recep Tayyip Erdoğan.