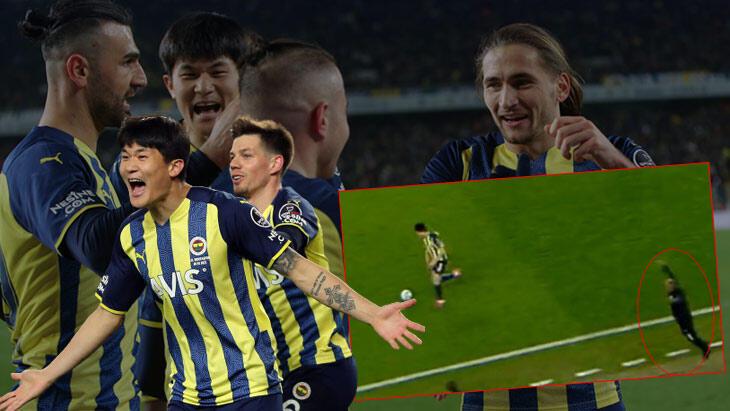 In the 30th week of Spor Toto Super League, the flash team of the season, İttifak Holding Konyaspor was hosted in Fenerbahçe Kadıköy. Losing 1-0 in the first half with the goal of Zymer Bytyqi in the 35th minute, the yellow-dark blue team almost blockaded the opponent’s goal in the second half.

The home team, who caught a draw with Kim Min Jae in 66, achieved victory in the match where Pelkas fell back with a goal in 88. With this result, Fenerbahce continued its great output by getting its 5th win in the last 6 matches. Reducing the difference in points between Konyaspor to 2, the yellow-dark blue team renewed their hope for the second place race.

Kim Min Jae, who is seen as the best transfer of Fenerbahce this season and has become the darling of the fans, scored his first goal. Playing in the 27th league game this season with a yellow-dark blue jersey, the South Korean defender became the first South Korean player to score a goal in the club’s history. Giving a cheerful interview after the match, the 24-year-old football player said, “I am really happy. Our team performed well. We earned 3 points. Both my performance and the team’s performance were very good. We have to continue like this,” he said.

RANKED THE TURKISH WORDS HE LEARNED

Listing the Turkish words he learned, Kim replied, “I use the words “Hello, bon appetit and how are you”. The performance of Kim Min-Jae, who scored his first goal with Fenerbahçe jersey, in the Konyaspor match was eye-catching. The South Korean player drew attention with his numbers on the field both in defense and attack.

Crespo, transferred by Fenerbahçe at the beginning of the season, was applauded again for his performance in the Konyaspor match. According to OPTA’s data; He was the Uruguayan midfielder who won the most duels, the most catching, the most runners (11.93 km) and the player with the most reductions.

Crespo, who made an elegant assist to Pelkas in the second goal, had a great share in the victory. The performance of the 25-year-old football player shook social media. Here are the comments…

After Fenerbahçe went ahead 2-1 with a goal by Pelkas, Konyaspor loaded the opponent’s goal for a draw with all its lines. Kim Min Jae, who crowned his great defensive performance with a goal, sprinted to the counter-attack after snatching the ball from his opponent at 90+1.

Fenerbahce Coach Ismail Kartal, running on the sidelines, almost attacked with the South Korean defender! This move of the experienced technical man was talked about a lot on social media. (Note: Image courtesy of Beinsports)

Russia says sanctions could bring down the International Space Station