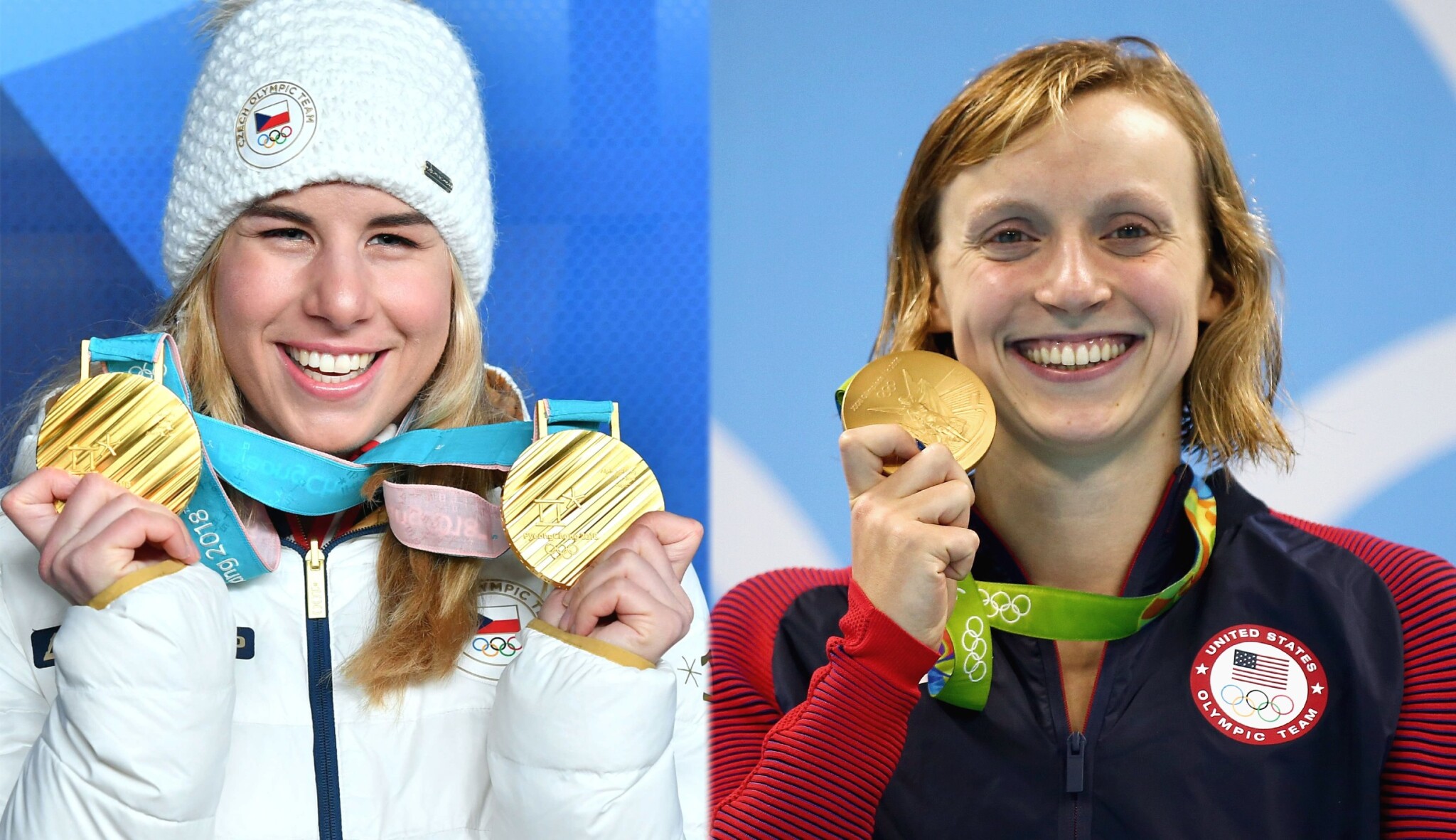 So far, this internal family fight looks like this: six times Olympic gold for Katie Ledecky, twice for Ester Ledecka.

The first mentioned is the American swimming superstar, who is celebrating his triumph in the third games in a row – on Wednesday he succeeded in the 1500m freestyle race in Tokyo. The second mentioned, Czech winter “amphibian” and the face from the cover of Forbes and the ranking 30 under 30 are also exceptional athletes.

He is not Ledecky like Ledecká, but family ties are confirmed. And Grandpa is to blame.

The “sister”, as she called the swimmer exaggerated from a distance, showed on Wednesday why she is a true champion. At first, the final of the two-hundred did not work out at all, it ended up fifth in it – a big disappointment for Ledecky’s situation.

She only had two hours to shake off the chandra, but she managed it: she was clearly in control of the next race of the day. “It means a lot to me,” she told reporters in Tokyo. “I am proud to take home more gold for the US team. People may be sorry that I don’t win everything, but I would rather have other and more important things bother them. So many people in the world are suffering. “

Kathleen Genevieve Ledecky, as her full name sounds, is a legend at the age of twenty-four. Gold from Tokyo is her sixth overall, once triumphing in London 2012 and four times in Rio 2016. This means that she was a global sports star when her “sister” – of course more like a cousin over many, many knees – her stellar moment. she was just looking out.

Ester Ledecká amazed the world at the Winter Olympics in South Korea in 2018, when she won a unique golden double on skis and snowboards. And swimmer Ledecky typed on Twitter then: “Esther, I think we’re related. Do we have to do a DNA test? ”

The test did not take place, but the possible ties were logically attracted by the Czech and world media.

The pedigree of the Czech Ledeckýs is well known. The grandfather of the sports star is a former excellent hockey player, two-time Olympic medalist and world champion Jan Klapáč, her mother was a figure skater and her father Janek became famous as a musician and musical author, which is associated with his very successful business.

The saga of the American Ledecky without a comma above the ypsilon began at the moment when Jaromír, the grandfather of swimmer Katie and a native of Prague, decided to stay in the USA in 1948. He went to New York a year earlier to study, as a Catholic he married a Jew, and on the other hand, Irish roots were added to the family. A varied story!

Jaromír’s son and swimmer’s uncle Jonathan then had a pure American dream: he did business like Ledecky in the pool and Ledecká in the snow. As early as 1998, his assets were estimated at $ 200 million, including the co-own NHL Hockey Club of the New York Islanders.

That’s why little Katie moved in the environment of sports celebrities from an early age. One of the published photos from her childhood captures her when Uncle Jon, billionaire Ted Leonsis and basketball icon Michael Jordan meet together. They were solving a business, the girl was drawing…

As Ledecky began to break world records and subsequently collect Olympic medals, stories from her family’s history came to the fore. The success of “our” Ledecká on the South Korean slopes spiced everything up with a Central European footprint.

And now, at least according to Esther, the affinity is confirmed. Snow or water depth, we are one family. Gold.

Already the wettest July in more than forty years in Uccle