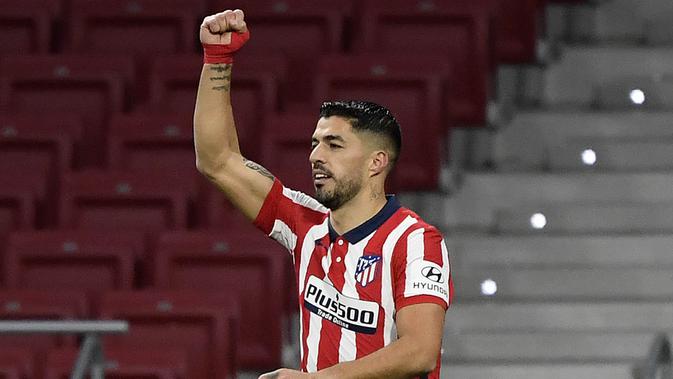 Luis Suarez found the Getafe goal in the 20th minute. The win also makes Atletico Madrid could close 2020 on a perfect note. Not only won, but also became the leader of the Spanish La Liga standings.

Luis Suarez has not stopped scoring goals for Atletico Madrid. The Uruguay striker managed to lead his team to become the leader of the standings.

Meanwhile, Barcelona, ​​which last summer threw Luis Suarez, failed to win when they hosted Eibar. Ronald Koeman’s team only drew 1-1 and were stuck in sixth place, 10 points behind Atletico.

The goal that Luis Suarez scored when Atletico Madrid The Uruguayan striker scored the 8th goal against Getafe for Atletico in La Liga this season. The goal also gave Atletico victory in Diego Simeone’s 500th match as Atleti’s coach.

Not only that, Luis Suarez is now level with Karim Benzema from Real Madrid and Gerard Moreno from Villarreal who have both collected eight goals. They only lost to Iago Aspas, who has scored nine goals for Celta Vigo in La Liga this season.

See also  They filter new details of Koeman's call to Suárez: the dialogue and the reaction of the Uruguayan - Diez