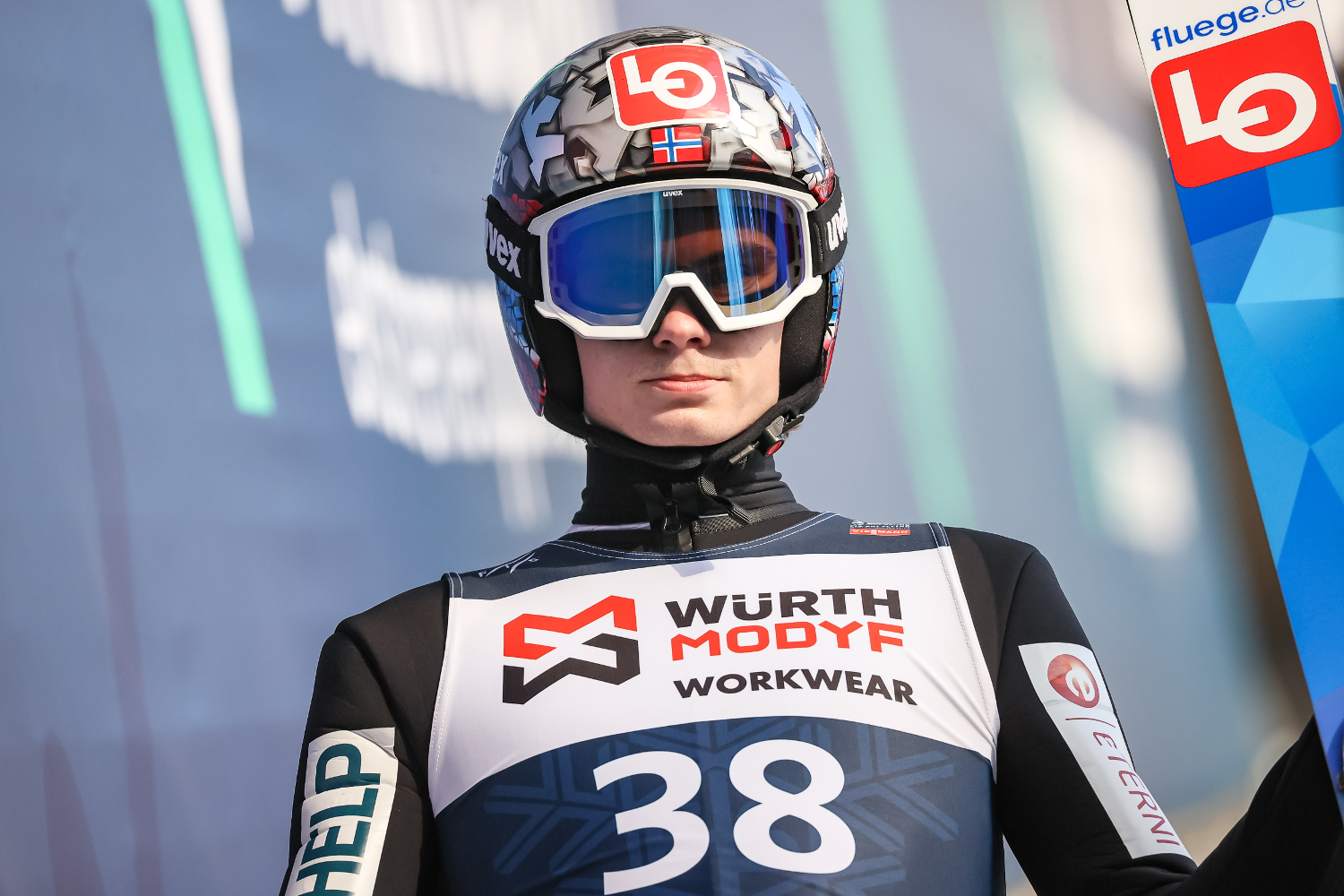 Marius Lindvik is the leader of the final series of the individual competition of the ski flying World Championships Vikersund 2022. The Norwegian representative in the third attempt soared 230 meters. The best of Poles, Jakub Wolny is in the eleventh position.

In the third competition series, Marius Lindvik increased his advantage over his rivals. The Olympic champion from Beijing soared 230 meters and ahead of the last round overtakes Stefan Kraft (227 m) by 10.2 points. Timi Zajc (243.5 m) moved up to the third place, followed by his teammates Domen Prevc (222.5 m), Peter Prevc (237 m) and Anze Lanisek (221 m).

The Polish representatives in their entirety improved their positions after Friday’s flights. Jakub Wolny (213.5 m) takes the eleventh place, just before the twelfth Piotr Żyła (225 m) and the thirteenth Kamil Stoch (223.5 m). The twenty-fifth is Paweł Wąsek (208.5 m).

A new personal record was set by the Italian Giovanni Bresadola (218 m).

The third competition series was played on the 9th and 11th starting beam. Robert Johansson did not show up at the top of the hill.

The final series starts at 17:29. Broadcast on TVP1 and TVP Sport.

See also  The Lithuanian Interior Ministry is preparing for the worst-case scenarios. "The government's actions are supported by the opposition" - News