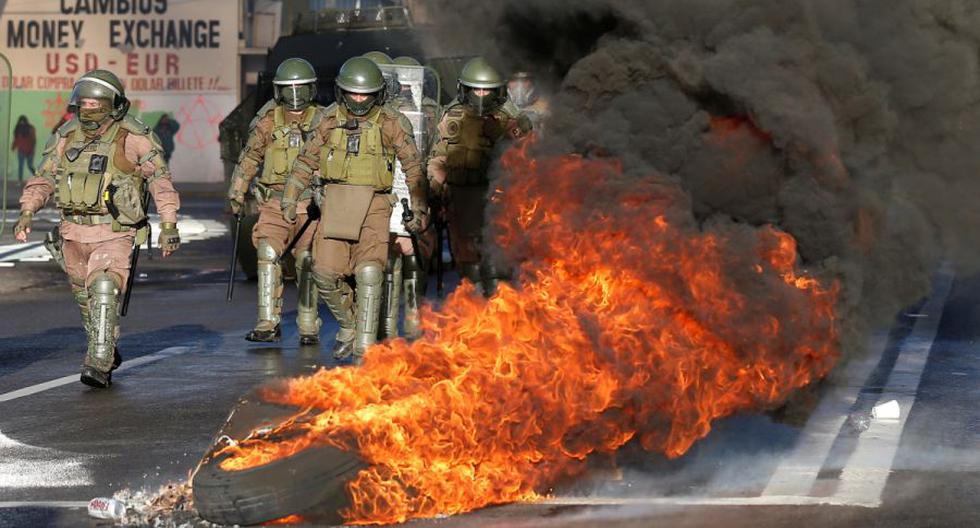 Hundreds of people demonstrated this Friday in the center of Santiago de Chile to request the resignation of the country’s president, Sebastian Piñera, as well as the release of prisoners detained during the social outbreak against inequality that began in October 2019.

The march was called anonymously through social networks, calling for a protest with all possible means to expel Piñera and request a pardon for the detainees, which the organizers consider “political prisoners”, And led to clashes with the Police, destruction of street furniture and looting.

Unlike previous occasions, in which the epicenter of the concentration is the Plaza Italia in the capital, this time the bulk of the protesters went to the vicinity of the Government headquarters, the Palacio de la Moneda.

The protest was also encouraged by the Youth of the Communist Party, who through Twitter indicated that “This Government no longer has any legitimacy to continue deciding the destiny of the country“And they called people to go to La Moneda to”get Piñera out ”.

During the protest, a group of people looted a Scotibank bank branch near La Moneda, while the burning of a city bus stop and the launching of Molotov cocktails against police officers were also reported.

Incendiary barricades were also registered and according to the local radio station Cooperativa a man in his 50s was beaten by protesters on the suspicion that he was an undercover police officer.

The circulation of vehicles on the streets had to be cut off and several stops on the Metro network were closed as a precaution.

LOOK: Piñera says that the new constitution “has to be the place where everyone recognizes each other”

The Carabineros police force acted with tear gas and water trucks to disperse the demonstration, less numerous and more atomized than on other occasions but which lasted several hours.

The social protests in Chile began on October 18, 2019 and in their first months brought together tens of thousands of people against the country’s socioeconomic inequality, while extreme violence events occurred with fires, destruction of furniture and looting, leaving about thirty dead and thousands of wounded.

They decreased during the austral summer and were suspended with the arrival of the pandemic in March, but the spontaneous demonstrations returned to this emblematic point of the capital after the end of the quarantine.

LOOK: El cacerolazo: history of the Latin American symbol of protest that sounds in the Peruvian streets

Opening a constituent process In the last plebiscite of October 25, it was seen as the solution for a large part of the protesters, considering that it is the way that will allow the establishment of a new model of country that unties the neoliberal corset that protects the current Magna Carta, drawn up during the dictatorship of Augusto Pinochet (1973-1990).

However, the protests have continued with different demands, such as the resignation of Piñera and the demand for the release of those detained during these months of upheaval.

Since October last year, the Office of the Prosecutor has formalized a total of 5,084 people for various crimes committed in the marches, of which 648 are in preventive detention and 725 have already been convicted.

The Government, so far, has refused to pardon those who committed crimes during the wave of protests because, in its opinion, it would imply “justifying the violence.”

????URGENTE: FFEE unleashes Violent Repression on the outskirts of the University of Chile, demonstrations and clashes from Santa Lucia to Moneda???? # OutPiñera #TodosALaMoneda # ALaCalleASacarAPiñera pic.twitter.com/YyHiqqAU3S

Hundreds of protesters in Chile call for Piñera’s resignation