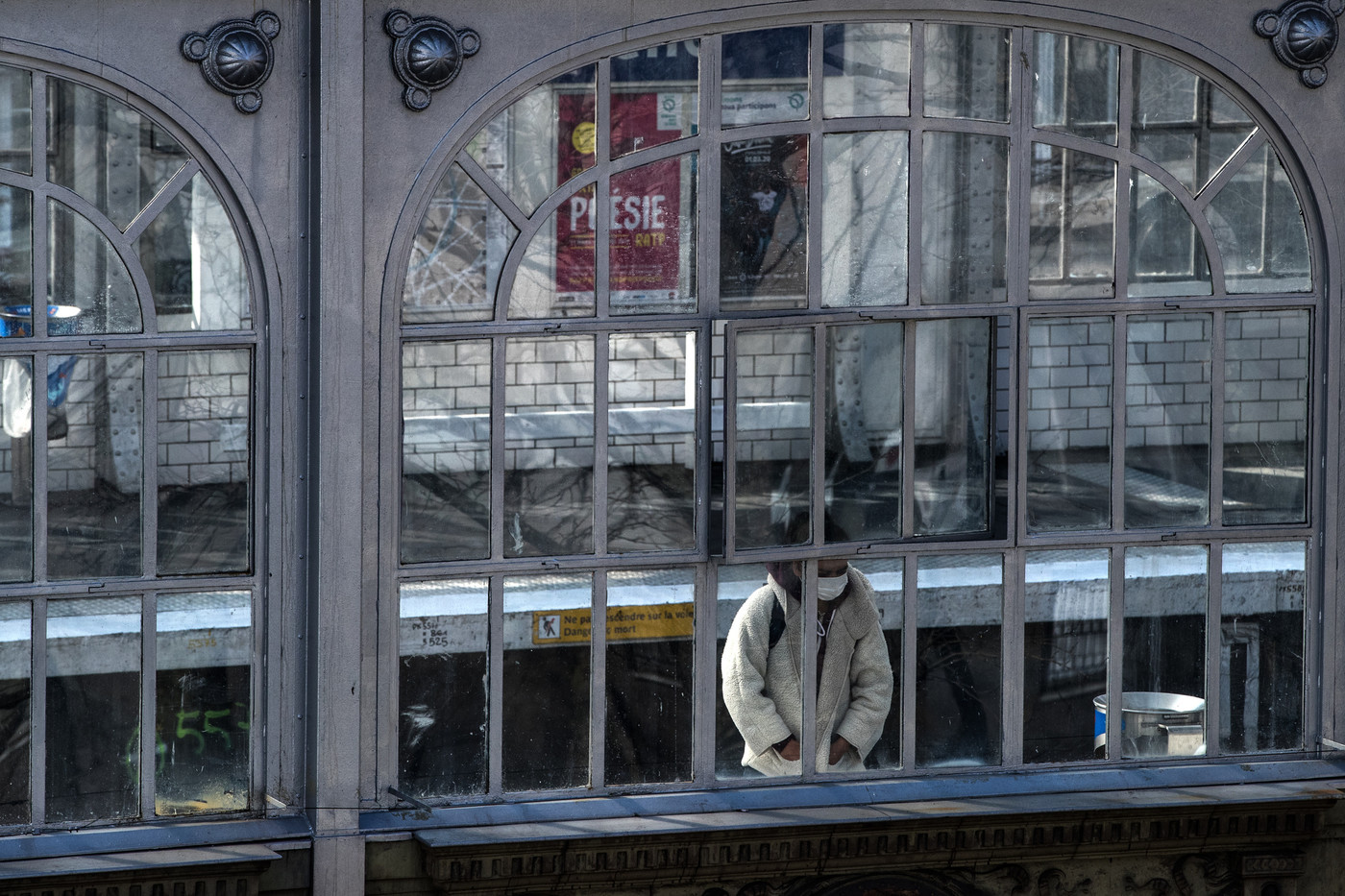 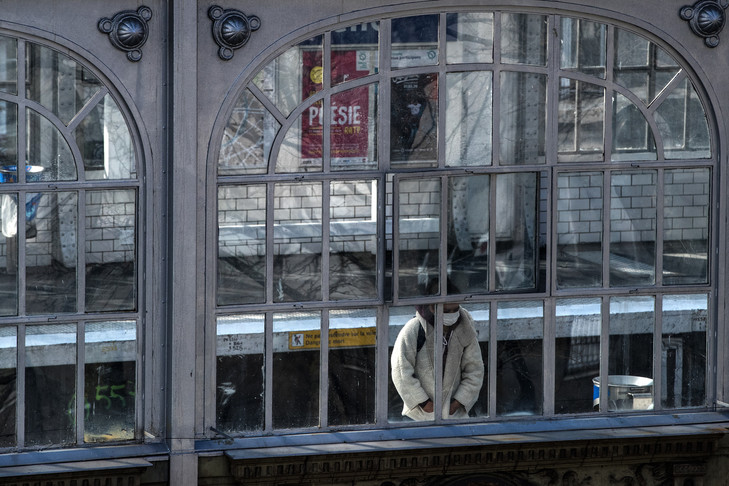 The Coral Princess, a cruise ship with on board 12 cases diagnosed coronavirus, is currently sailing to the port of Fort Lauderdale, in Florida.

A total of 1,898 people (1,020 passengers and 878 crew members) are on this boat. All passengers will stay in isolation in their cabin until arrival on dry land.

Another ship cruise with cases of coronavirus on board, the Zaandam, has, for its part, docked in the port of Fort Lauderdale Thursday April 2 after being rejected by several ports in Latin America. These two boats belong to the same group, the cruise giant Carnival.

Since the start of the confinement, the Twitter account “Creustel” has been delighted to offer a parody of famous films every day. Here in this remake of the very famous Jurassic Park, the surfer makes fun of ordinary Parisians in the Buttes-Chaumont park in the 19th arrondissement. The latter, deserted for several weeks, apparently only has wild animals as visitors.

Of all religious celebrations, Palm Sunday is probably one of the most popular. Practicing regularly or not, everyone leaves with their boxwood to decorate the rooms of their home, starting with the bedrooms. However, the coronavirus did not prevent the faithful and the religious from showing their imagination in celebrating this event despite everything.

⇒ 9.45 a.m .: [ANTILLES] Over a million masks shipped by the military
The amphibious helicopter carrier (PHA) Diksmuide leaves this morning from Toulon to reach the West Indies. Expected mid-April, he will in particular bring “more than a million surgical masks”, “more than 170,000 FFP2 masks” and “several hundred liters of hydro-alcoholic gel”, according to the Ministry of the Armed Forces. After the West Indies, the ship “could then sail to Guyana as needed “.

[[# Resilience]This morning, the PHA Dixmude set sail from Toulon for the Antilles.
Its mission: to reinforce the crisis management capacities of local authorities and to make its versatility available for the benefit of our fellow citizens overseas to fight against # Covid19. pic.twitter.com/Gq917sYPsd

A second helicopter carrier, the Mistral, will reach Mayotte tomorrow, to provide logistical support to this territory.

New York Mayor Bill de Blasio asks city residents to cover their faces when they leave their homes. ” It can be a scarf, something you made at home, a bandana “said the city councilor at a press briefing, but that ” n / A no need to be a professional mask “.

It’s city, epicenter of the epidemic in the United States, deplores more than 1,500 dead and 50,000 positive cases, according to figures released late Thursday by the city’s health authorities.

The coronavirus has put an abrupt spotlight on the weaknesses of the organization of the French health system. The lack of tests and masks, of respirators produced in France, of hospitals in crisis with dedicated but exhausted staff … The Covid-19 draws the tracks of the big building sites to come, in France and elsewhere.

♦ Towards full continuous monitoring for the bac 2020. On April 2, on TF1, the Prime Minister mentioned two tracks: either a final test at the end of June, or scoring based on academic performance of the first and second semester. It is this last option which is favored by Edouard Philippe.

♦ Dramatic assessment in the USA. The first world power recorded a very high number of deaths due to the coronavirus, Thursday April 2. According to the Johns-Hopkins University count, 1,100 people died of the Covid-19 during the day, making it the worst record ever recorded in a country in the world since the start of the epidemic. This resulted in a total of 5,926 victims in the United States.

♦ The cascaded international summits canceled. France has decided to postpone three major meetings which were initially to take place in the country. The Africa-France summit, which was to be held in Bordeaux in early June, the World Conservation Congress, which was to be held in Marseille and the Generation Equality Forum, in Paris, are pushed back or replaced. Emmanuel Macron will replace “An initiative devoted to the health and economic response to Covid-19 at the continental level” at first. The other two will take place respectively in the first quarter and first half of 2021.

Great initiative in Hondschoote, a municipality of 4,000 inhabitants located in Flanders. Details in our article ↓

♦ The coronavirus did almost 50,000 victims worldwide and morea million cases have been reported.

Spain registers 950 new coronavirus deaths in 24 hours, bringing to over 10,000 the death toll in the country since the start of the epidemic. The United Kingdom lamented Thursday nearly 3,000 dead.

♦ United States become the new epicenter of the epidemic with 215,000 cases. The Democratic Party has just announced that its presidential convention has been postponed to August 17. In addition, almost 10 millions Americans asked for unemployment, a record in the country.

♦ In Russia, the Russian President announces that thehe month of April would be unemployed, but wages preserved.

♦ In France, at least 884 elderly people died coronavirus in the Ehpad, according to first official figures “Very partial”.

♦ Use of the partial unemployment scheme was requested by 400,000 companies and affects four million employees, announces the Minister of Labor Muriel Pénicaud. This last ensures that the state will pay ” no matter the cost “.

♦ Interior Minister Christophe Castaner announced that a new digital travel certificate will be available from Monday, April 6, in addition to the paper device.

Hello and welcome to this live article on the pandemic of coronavirus.

Let’s start this day with Coco the virus, a daily comic book on the Internet dealing with the coronavirus, which explains to young people the multiple aspects of the crisis caused by Covid-19.

They begin to use biosimilar medicines

Coronavirus in Mexico: the states with the most infections and deaths in the midst of a health emergency