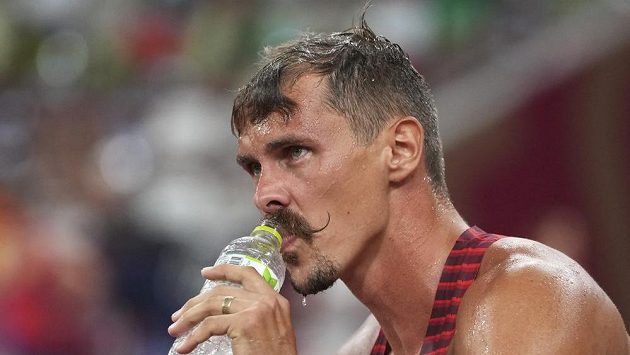 On the first day of heptathlon, Anouk Vetter from the Netherlands came out best. The 2016 European champion leads the Belgians Noor Vidts and the gold defender from Rio Nafissata Thiam, who lost more than a second to her in the 200-meter run. However, the differences are minimal, female athletes in medal positions are only 47 points apart.

Helcelet ran the opening 100 in 11.06 seconds, which is its maximum this year. Jiří Sýkora recorded a time of 11.18. Among the 23 decathlon fighters, they were in 18th and 20th place. By far the fastest was Warner, 10.12 was two hundredths better than his decathlon in Götzis, where he remained just five points below the magical 9,000 mark.

Canadian decathlon favorite Damian Warner has increased his lead in the distance.

In the long-distance sector, both Czechs lagged behind their capabilities – Helcelet jumped 716 and Sýkora 703 centimeters. On the other hand, Warner, who has a bronze from Rio de Janeiro, continued the great campaign in the second discipline and 824 centimeters would earn him a bronze medal among the distance specialists.

In the shot put, Helcelet moved two places higher for the performance of 14.99 m, Sýkora did not improve. In his weaker discipline, Warner sent the ball to a distance of 14.80, almost half a meter further than in Götzis, but then lost in height. He knows 209 cm, he wrote 202 in Tokyo. The Czechs were in a similar situation: both have personal records over two meters, but Helcelet surpassed 196 and Sýkora only 190 cm, the least of the whole field.

Mayer lost more than two meters against his personal record in the ball. According to the newspaper L’Équipe, he has been suffering from a blocked back since arriving in Tokyo. “The race of life is totally in motion, it hurts with every movement. I’ll go through the pain to the fullest, but I really don’t enjoy it,” lamented Mayer, a silver advocate from Rio and world champion from 2017. But he got a taste for height. , overcome 208 cm.

Belgian Thomas van der Plaetsen, the 2016 European champion, was injured in the distance and the competition ended for him.