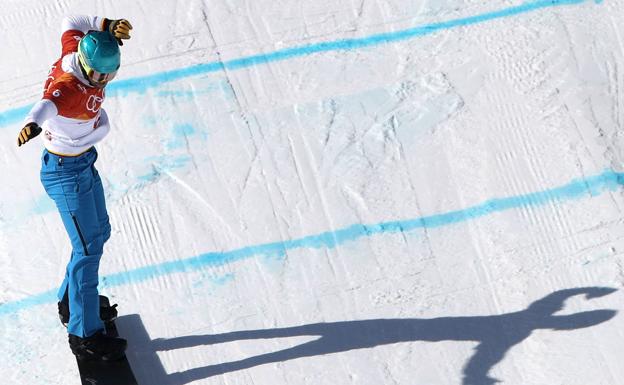 Lucas Eguibar It is with Regino Hernández the visible face of snowboarding in Spain. With his successes, the ‘rider’ from San Sebastian, twice Olympic in Sochi 2014 and Pyeongchang 2018, has brought the Spanish public a sport normally away from media attention. Therefore, it is not surprising how special the penultimate appointment of the world Cup, which will take you along with the best riders of the snowboard cross to Sierra Nevada in a test to be held in Granada on Saturday 7 (Eurosport 2 and Eurosport Player).

After a great start in the World Cup, with fourth place in Montafon (Austria), Eguibar could not be among the best in Cervinia (Italy) but in Big White (Canada), where he was eighth. A Sierra Nevada arrives in the ‘top ten’ of the general and willing to fight with the best under the protection of the Spanish public. “I am looking forward to family and friends and in a circuit where I feel special,” says Eguibar. Not surprisingly, in Sierra Nevada he won two silver medals in the individual and team category in the World Championship in 2017. “I felt very good that year and I hope to repeat something like that again,” he adds.

«In the last circuits of the World Cup I did not quite feel well and I knew that it could happen because of the type of paths, but in Sierra Nevada it is totally different. I really like the track and I face it with great desire. Then we know that anything can happen, but I feel quite well, physically and technically, ”explains the rider of San Sebastian hours before facing the test.

See also  Have you decided to exercise at home? These are the advice of coach Juanjo Rodríguez and the material you need | Showcase

Eguibar arrives plethoric, after imposing himself on a European Cup with up to twenty World Cup runners like Alessandro Hämmerle, number two currently, or the entire German and Austrian teams. “Being among the fifteen best in the World Cup can usually be achieved, but being very high always costs us all,” he explains.

The Donostiarra, Spanish flagman in the Pyeongchang Games assumes as something positive to be the visible face of snowboarding in Spain. “I am excited to be the image of the young people who are starting, to be one of the runners ahead, to achieve new goals and to help people,” says Eguibar, who is the whirlwind of the competition that prevents him from being a victim of his own success.

Gone are the origins in skiing, a “very different” modality to snowboarding in which Eguibar was initiated by a family tradition issue. After several years installed in the elite of the sport of the table, continues to progress every day. «You never just learned, perfect training is impossible. You can win it all but you will never be perfect. There are always small details to be polished, ”he recalls as a way of understanding everyday life. Only then is it possible to remain among the best.

These four companies will be promoted to the SDax in March