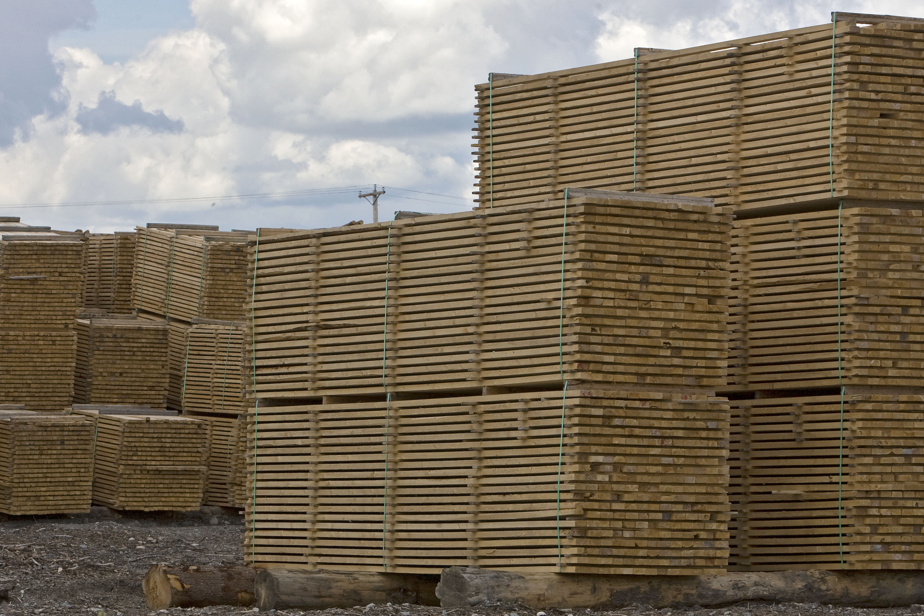 If US elected officials are worried about high lumber prices, Washington sees things differently by proposing to double the tariffs imposed on Canadian producers who export south of the border.

In a decision that surprised Quebec industry and drew criticism from the Trudeau government, the US Department of Commerce on Friday proposed a combined preliminary rate of 18.32% for countervailing and anti-dumping duties on exports. Canadian. The rate is currently 8.99%.

“This is significant as a calculation and it is significantly higher than what we had estimated,” denounced the President and CEO of the Quebec Forest Industry Council (CIFQ), Jean-François Samray.

The federal government is expected to intervene to resolve the matter satisfactorily.

This is the second such review conducted by the Commerce Department since 2017, as Canadian companies resumed tariffs in the most recent episode of the Canada-U.S. Timber dispute. artwork.

These rates will not apply immediately as they will be subject to in-depth analysis over the next few months. A final decision will be taken before November.

“This decision is totally unwarranted,” said Canada’s Minister of Small Business, Export Promotion and International Trade, Mary Ng, in a statement. “We will continue to challenge these unjustified tariffs by any means possible. We remain convinced that a negotiated solution […] is not only possible, but [aussi] in the interest of our two countries. ”

The American industry continually pleads that the provincial governments unfairly subsidize the sawmills here, which transform, for example, wood into 2 x 4, through the intervention of too low stumpage fees. In the eyes of the American lobby, this constitutes a form of unfair competition. On numerous occasions since the 1980s, Canada has won its case in commercial courts.

And for some producers that have been analyzed separately, such as Resolute Forest Products, the prices may be even higher. Washington proposes they reach 30.22%, an increase of eight percentage points.

“There is no justification behind this increase,” lamented Resolute spokesperson Louis Bouchard in a telephone interview. “We have US $ 275 million tied up in tariffs in the United States since May 2017. This is cash that we don’t have and that keeps us from investing. ”

An increase despite a call to the Biden administration

This new proposal from the Commerce Department comes as about a hundred members of Congress – Democrats and Republicans – have decided to go with a united front to challenge U.S. Trade Representative Katherine Tai about the Canada-US softwood lumber dispute.

In their letter dated May 17 and that Press had obtained, they called on the Biden administration to make things happen.

The current situation has caused an explosion in demand and a nationwide shortage. Our economy struggles when businesses are [aux prises avec] of uncertainty.

Extract from a letter from American elected officials

Since the start of the health crisis, lumber prices have more than tripled, said elected officials. This helped push up the relative house price index in the United States by 18%, on an annualized basis, they complained.

See also  Despite negative advice, Rutte still has hundreds of bookings for holidays to Turkey - AD.nl

If the price of lumber were not to remain at current levels, it should not soon return to its pre-pandemic level, the CIFQ said in April. Over the past year, the price has often hovered around $ 450 per thousand board feet.

The appetite for this essential building material may also adjust. Last April, in the United States, housing starts and new housing fell 9.5% to a seasonally adjusted annual rate of 1,569 million, below economists’ expectations.