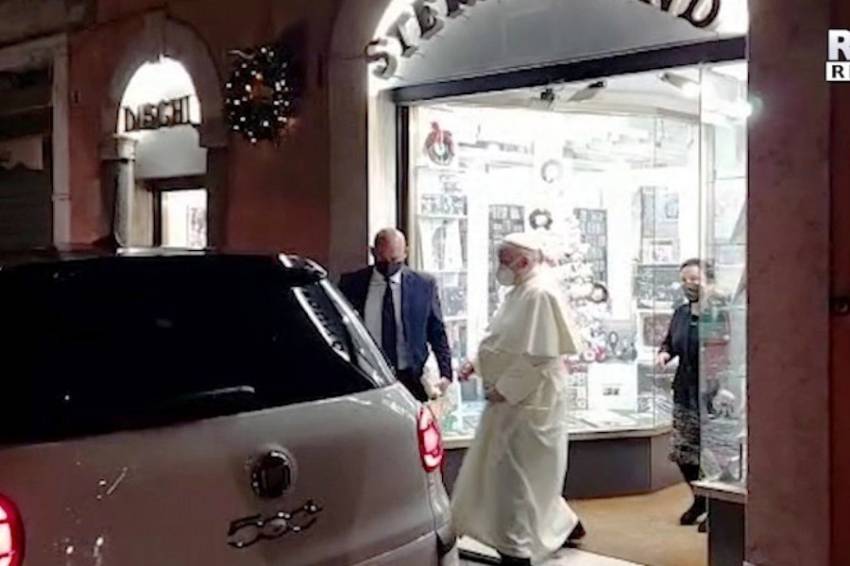 ROMA – Pope Francis found sneaking out Vatican and made a surprise visit to a record store in Rome on a Tuesday night. The 85-year-old man’s unusual activity was captured by a Vatican reporter who happened to be nearby.

Javier Martinez-Brocal, director of the Rome Reports news agency, said he was in Rome when he saw a white Fiat 500 with a Vatican license plate and a police car parked in front of the Stereosound store.

Martinez-Brocal tweeted a black-and-white photo of the visit, captioned in Spanish that translates to: “Pope, at the record store in Rome,” according to a translation from the Catholic News Agency. Newsweek, Wednesday (12/1/2022).

Martinez-Brocal also shared a 24-second video of the Pope exiting the store and getting into a Fiat car.

Martinez-Brocal reported Pope Francis went inside and stayed for about 12 minutes talking to the shop owner.

According to Reuters, a Vatican spokesman said Pope Francis had gone to the shop to bless him, as it had recently been renovated.

The owner, Letizia, along with her daughter and son-in-law, are longtime friends of the pope, says the Catholic News Agency’s translation of the La Stampa report.

Mitsubishi revives the Ralliart brand. She wears the concept of an outlander

Cold until tomorrow, then the Azores anticyclone arrives