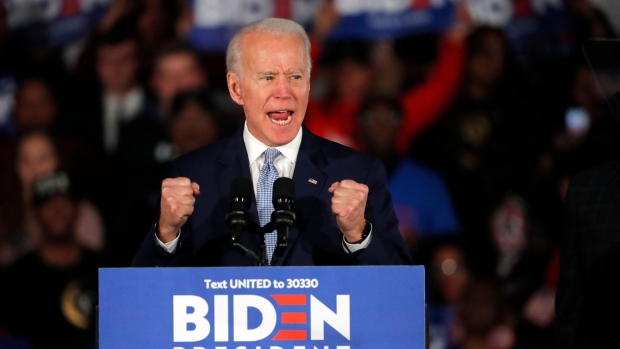 TORONTO –
For the first time under control of new facts, Twitter and Facebook have taken steps to discredit a modified video clip of Democratic presidential candidate Joe Biden, labeling it as “manipulated media”.

In the version of the video shared by Scavino, Biden can be heard saying: “We can only re-elect Donald Trump” before interrupting.

However, the full video reveals that Biden said, “We can only re-elect Donald Trump if we actually engage in this circular shooting team here. It must be a positive campaign, so join us.”

The edited clip shared by Scavino was widely circulated on Twitter and was eventually retweeted by Trump himself.

According to that policy, users “cannot deceitfully share synthetic or manipulated media that could cause harm.” The policy states that tweets containing so-called manipulated media are designed to help users understand their authenticity and “provide additional context”.

Facebook followed suit on Monday, adding a “Partially false information” label to the video as part of its fact-checking initiative.

The third-party fact-checking initiative, launched in Canada in June 2018, relies on independent organizations to verify posts marked by users and algorithms as false or misleading.

Users who come across the Biden video can choose to watch it or choose to read a fact check from Facebook partner Lead Stories, which explains that the clip has been edited.

“In the video, Biden was suggesting that fighting within the Democratic Party might have contributed to Trump’s reelection, not that he was somehow intentionally – or deliberately – conceding the race to the White House,” reads the factual check.

Scavino spoke on Monday about the decision to share the video tweet, “The video was NOT manipulated.” He also shared several tweets claiming that all videos on the platform are “manipulated” because they must be shortened to be uploaded to the social network.

I Am Fish is the sequel to I Am Bread