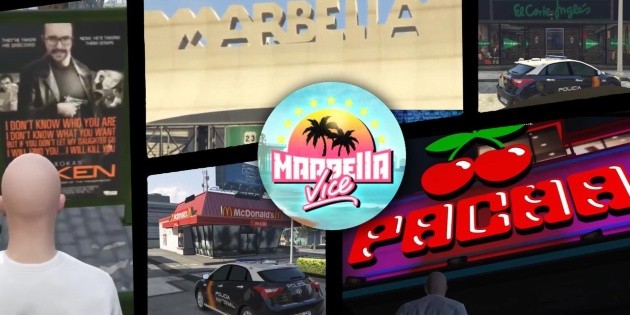 As we mentioned a couple of weeks ago, Ibai and Jacky, two of the main Spanish-speaking streamers, announced a new server of GTA Roleplay, which will arrive under the name of Marbella Vice. With more than 150 streamers already confirmed, the server will feature many of the leading Spanish content creators in Twitch in what will be a real madness.

FIRST LOOK AT THE SERVER

And the most important day so far for Marbella Vice was this Sunday, where both streamers, together with ElRubius, they showed for the first time the new map where the story will take place. And it is that although the map is that of Los Santos, from the street signs to posters and businesses were changed to make Marbella feel, with the occasional nod to the content creators that will be on the server.

But without further ado, this is the first look at the new map that the Marbella Vice server will have, designed mainly by Yisus and Mole, the programmers of ForasterosRP:

A list of 151 streamers was initially revealed, although more participants will be announced on April 6, arriving after their applications were accepted.

The series will begin next Sunday, April 11, although accepted content creators will be able to enter during the week to create their characters and begin to lay the foundation for their stories within the server.

The Bavarian by Don Lewandowski … It’s the challenge