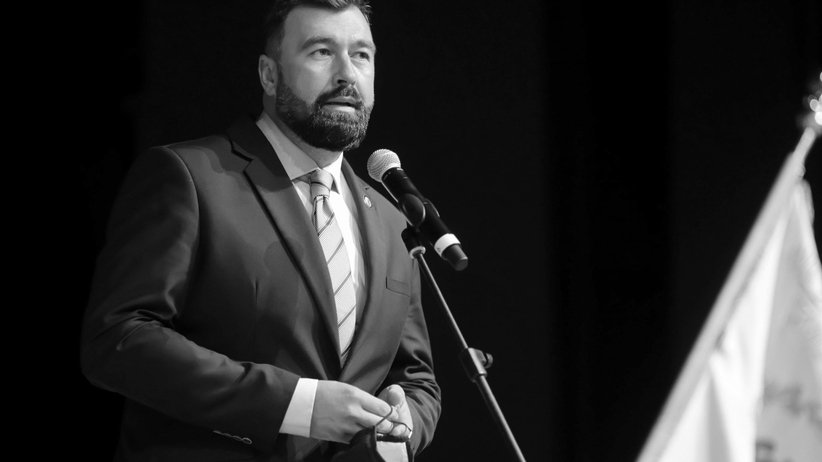 Mariusz Bieniek is dead. The starost’s body was found in the Vistula near one of the bridges in Płock. “We all hoped to the end,” wrote the mayor of the city, Andrzej Nowakowski, in social media.

Mariusz Bieniek dead. The Płock staroste went missing on Sunday evening on the Vistula River above the town of Świniary near Płock. Information about the death of Mariusz Bieńek was confirmed by the mayor of the city, Andrzej Nowakowski, and the County Office.

Mariusz Bieniek is dead. The search for the Płock starost has been completed

Mariusz Bieniek was on a boat from which three men fell out. Two of them got ashore. The third man – as it turned out the Płock starost – could not be found, despite the action lasting several hours.

The search for the Płock starosta on the Vistula from Świniary down to the Vistula lasted several days. The activities were carried out with the participation of a volunteer boat and the state fire brigade, as well as WOPR. The police and the City Guard patrolled the riverbanks.

” Family, friends, acquaintances, co-workers, residents. Everyone was hoping for a miracle. However, this did not happen, ” we read on the website of the Poviat Starosty.

On Wednesday (August 25) in the Vistula, in the area of ​​the bridge. Of Piłsudski’s Legions, anglers found a man’s body floating in the river. Identification corpse confirmed that Mariusz Bieniek is dead.

Adam Struzik, the Marshal of the Masovian Voivodeship, deputy president of the PSL, presented his condolences in connection with the death of the starost. “Sometimes words are simply missing. It’s hard to believe, and even harder to understand. It’s impossible to reconcile. Suddenly, our friend Mariusz Bieniek passed away too early.

” I had the opportunity to work with him many times and I got to know him as a great local government official, committed to his work for our local community, always ready to act and help. He was young, energetic, he had many plans and a lot of good to do … I express my sincerest sympathy to the wife, children and all relatives of the deceased, ” we read on the Facebook of the President of Płock, Andrzej Nowakowski.

Mariusz Bieniek was born in 1983. He became the starost of Płock for the first time in 2014. Previously, he was the mayor of Wyszogród. In the case of an accident on the Vistula with the participation of the deceased staroste, the investigation is carried out by the District Prosecutor’s Office in Płock.