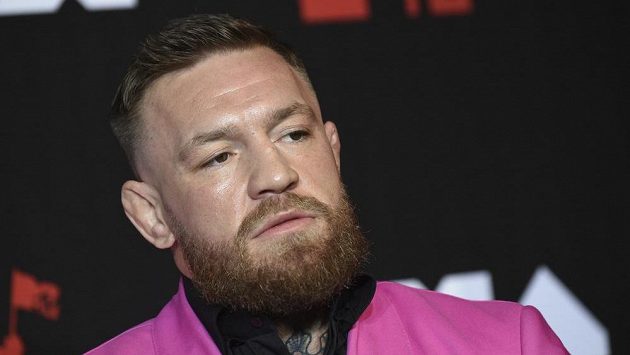 Not so long ago, Irish fighter Conor McGregor recovered after his last match with Dustin Poirier, during which he broke his leg and wants to fight again. This time, however, not in the cage, but on the red carpet at the MTV Music Awards. He got into a conflict with the singer Machine Gun Kelly.

Conor McGregor got into a conflict with a well-known singer

McGregor could not be overlooked in his bright pink suit, but he probably had to draw attention to himself in other ways. Several photographers present caught him reaching for Kelly and shouting at him.

The security guard had to intervene, keeping the angry MMA fighter away from the rapper, who, among other things, watched him from the auditorium during the last match with Poirier. According to available information, McGregor and Kelly allegedly wanted a photo, but he refused.

Conor McGregor throws a drink at MGK on the red carpet (via ig:laurademytrk) pic.twitter.com/H0naCNbMta

The fighter even splashed a drink after the rapper, and security had to do something to calm the situation and take Ira away.

Machine Gun Kelly during the ceremony

He then commented on the incident, saying that he did not ask the rapper for anything, nor did he know him. “All I know is that he’s dating Megan Fox,” he said. “I only fight real fighters, not little rappers,” he said to Kelly.