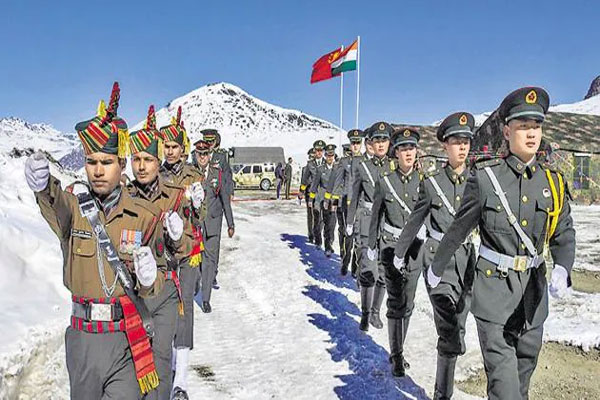 NEW DELHI – Conversations between army commanders India and China efforts to defuse tensions along the border between the two countries have ended in a stalemate. The commanders of the Chinese and Indian armies failed to defuse the 17-month stalemate, which has sometimes led to deadly clashes.

Commanders from the two armies met for talks on Sunday (10/10), after a two-month gap in Moldo. The ongoing stalemate will see both countries keep their troops in the Ladakh area next winter.

The talks last weekend came amid frustration expressed by India’s military chief over what he called the Chinese side’s massive deployment of troops and weapons.

“Yes, it is a matter of concern, that large-scale development has taken place and is continuing. And, to sustain such development, there has been an equal amount of infrastructure development on the Chinese side,” General MM Naravane said, as quoted by Channel News Asia, Monday (11/10).

Read: China finally admits 4 of its officers died during clashes with Indian soldiers

Meanwhile on the Chinese military side, Senior Colonel Long Shaohua of the Western Theater Command said it was ready to safeguard sovereignty. “China’s determination to maintain sovereignty is unwavering, and China hopes India will not misjudge the situation,” he said.

India’s defense ministry, in a statement, said it was providing “constructive advice”. However, the Chinese side “did not agree” and was “unable to make forward-looking proposals”.

A statement from a Chinese military spokesman stated, “the Indian side is holding on to unreasonable and unrealistic demands, adding to the difficulties in negotiations”.

Since February, both India and China have attracted teams from several locations facing the northern and southern edges of Pangong Tso, Gogra and the Galwan Valley. However, they continued to maintain additional troops as part of the multi-level deployment.

Tesla has his own beer. The design of his bottle is inspired by Cybertruck – VTM.cz

Wanting to escape the flashes, 3 Gaumais tear off a radar between Tintigny and Jamoigne: they will have to reimburse € 32,800