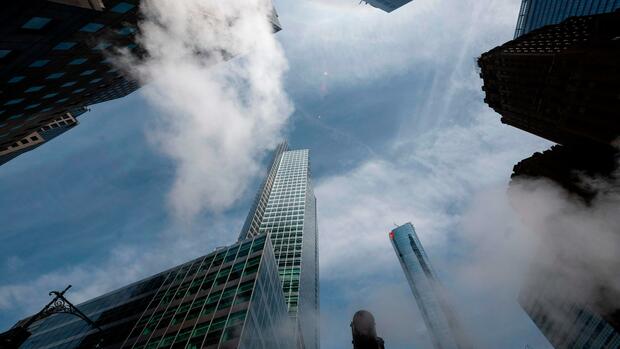 Boston, New York The influential voting rights advisor ISS stands against the millions of bonuses for Goldman Sachs boss David Solomon and other top managers of the bank. Goldman Sachs ISS increased the bonus for CEO Solomon sharply, although some important key figures would have deteriorated in 2019 compared to the previous year, ISS criticized in a Reuters report on the night of Friday.

Solomon earned nearly $ 25 million in 2019. ISS recommended that shareholders vote against the salary package at the Annual General Meeting next Thursday. The shareholders’ vote is only of an advisory nature and is therefore not binding. Many funds and large investors follow the recommendations of voting rights advisers such as ISS and Glass Lewis.

Solomon succeeded Lloyd Blankfein at the top of Goldman Sachs in October 2018 and was able to look forward to a substantial salary increase in 2019. He collected a total of $ 24.7 million, of which 7.65 million were bonus payments. Solomon thus received 19 percent more money than in the previous year, although the investment bank’s profit plummeted 19 percent to $ 8.47 billion.

However, the highest-paid US banker remained long-time JP Morgan boss Jamie Dimon in 2019, who received $ 31.5 million after a record profit from the bank – 1.6 percent more than in the previous year.

A Goldman Sachs spokesman defended the salaries for top managers around Solomon. Goldman rewards long-term growth and does not place undue emphasis on short-term results. Income for 2019 reflected the significant long-term success of the top management.

More: How the corona crisis will weigh on US banks’ businesses.