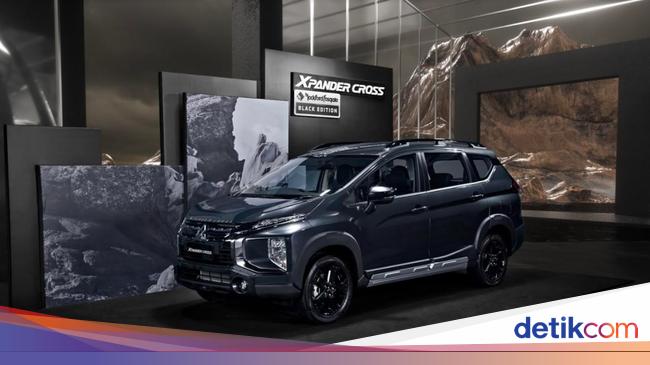 Many on social media said that the 360 ​​camera belonging to the Mitsubishi Xpander Cross Black Edition had problems that could potentially turn off the car engine. Mitsubishi immediately answered.

“Yes. MMKSI has submitted a product recall report to the Indonesian Ministry of Transportation, and has informed and invited all consumers with cars involved to participate in this activity,” said PT MMKSI President Director, Naoya Nakamura to detikOto.

MMKSI explained that this step was taken after Mitsubishi conducted an investigation into the Xpander Cross Black Edition.

“Based on the results of an investigation conducted at MMC, it was found that the installation of the Around View Monitor (AVM) component in the Xpander Cross Rockford Fosgate Black Edition unit with production in 2021 has the potential to cause problems with the turn signal system and hazard lights, potentially disrupting communication and information lines between The vehicle ECU, and has the potential to cause the engine to stop working when the car is being driven,” said Naoya Nakamura.

However, no actual cases have been reported in this regard. “This activity is carried out by removing the AVM components installed in the involved car,” said Naoya Nakamura.

On the Mitsubishi Xpander Cross Rockford Fosgate Black Edition, black ornaments are visible on some parts of the exterior. Starting from the wheels, front lower bumper, rear lower bumper, mirrors, beltline molding (window trim), roofrail. In addition, there is a ‘Rockford Fosgate Black Edition’ badge on the trunk door. In the interior sector installed black leather seats and door trim with a geometric pattern. The specialty of this new Xpander Cross variant is the Rockford Fosgate audio device (subwoofer and amplifier) ​​with captivating sound output.

Watch Videos”Whoops! It turns out that this is what makes the Mitsubishi Xpander Cross Recall“
[Gambas:Video 20detik]
(lth/rgr)

Confess to Nur Sajat, Beautiful Transgender Becomes a Fugitive because of Pose in Front of the Kaaba