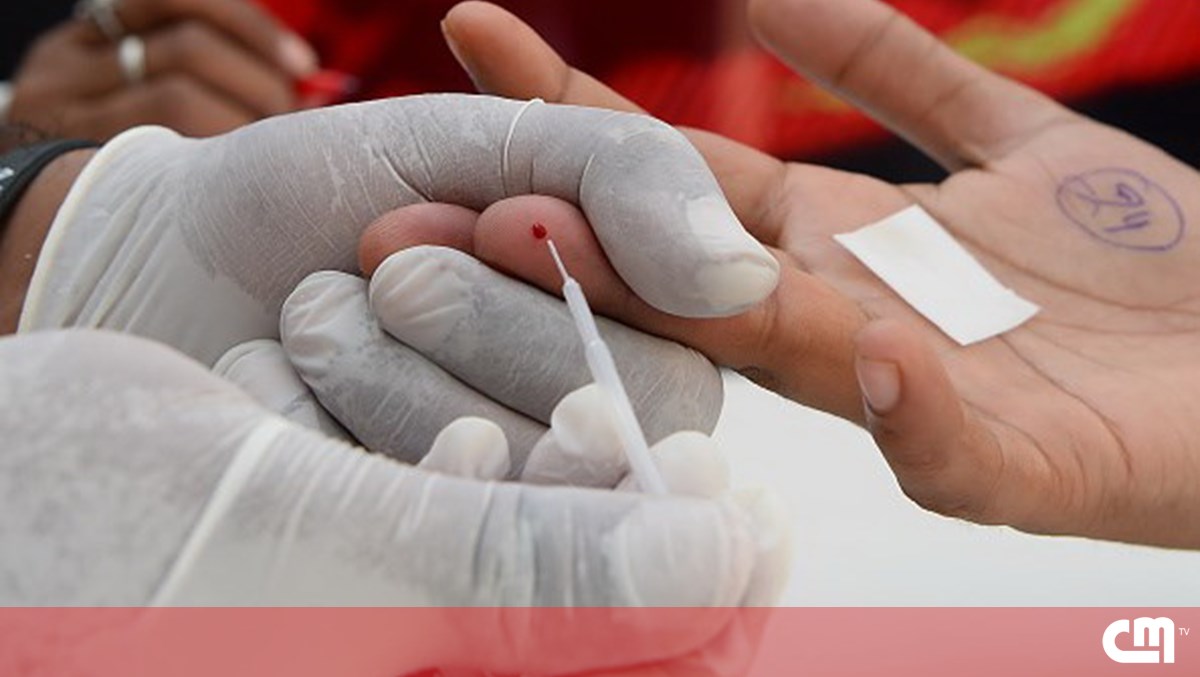 The purpose of this program is precisely to increase the number of screenings.

According to data from the Directorate General of Health (DGS) released on Monday, 300,000 tests for HIV infection were performed in primary care, an increase of 31% compared to the previous year. Non-governmental and community organizations made 25,000.

Speaking to Lusa, Rui Tato Marinho, head of the National Viral Hepatitis Program, welcomed the increase, stressing that one of the goals of the program was to increase screening, stressing the importance of the population. perform these tests. “at least once in a lifetime, even without symptoms”.

“A drop in blood is making it possible to identify people who are in the early stages of these diseases, who are asymptomatic,” the official said. in Covid. -19 “.

Tato Marinho says the goal is to treat about 2,500 people with hepatitis C by the end of this year. Official data indicate that, since 2015, 30,000 people have been treated.

Data from DGS indicates that, regarding hepatitis B and C, last year, in primary care and hospitals, a total of about 460 thousand anti-BHs tests and 360 thousand anti-HCV tests were prescribed and billed.

“These data confirm efforts to maintain response to the screening and diagnosis of these infections, in a year still severely affected by the covid-19 pandemic,” a DGS note said.

Speaking to Lusa, Rui Tato Marinho acknowledged that Portugal had good logistics in place. “Support for the most vulnerable populations, with a high percentage of people with hepatitis C,” hepatitis C.

In any case, Tato Marinho stressed that it is necessary to reach the general population, insisting: “One cannot think that the risk is only to consume drugs or have sex … the risk is alive”.

“It is cross-cutting in any profession, in any age group (…). We are dealing with silent disease and the only way to make the diagnosis is to be tested. 100% cured. And HIV is also super controlled,” he said. added. .

He also said that the expectation for this year is that hepatitis C will “increase slightly” and said that he was trying to improve the tuning of the drug approval circuit and access to medicine, “which has been very bureaucratic”.

“The idea is that the doctor gives the drug for hepatitis C, the person can take it home right away that day, avoid having to go to a new appointment,” he explained, adding: “This is also one of the The goals are the priority of the program.

Data on HIV and hepatitis B and C screenings were released today, during the start of European Spring Test Week 2022, with the aim of raising awareness of the benefits of early diagnosis of HIV infection, sexually transmitted infections and viral hepatitis and the effectiveness of treatment . adherence.

I’m one on stage, and without makeup and a costume I’m another

It did not come free: they confirmed a harsh sanction against a Russian gymnast who climbed on the podium with ‘Z’ | Sports