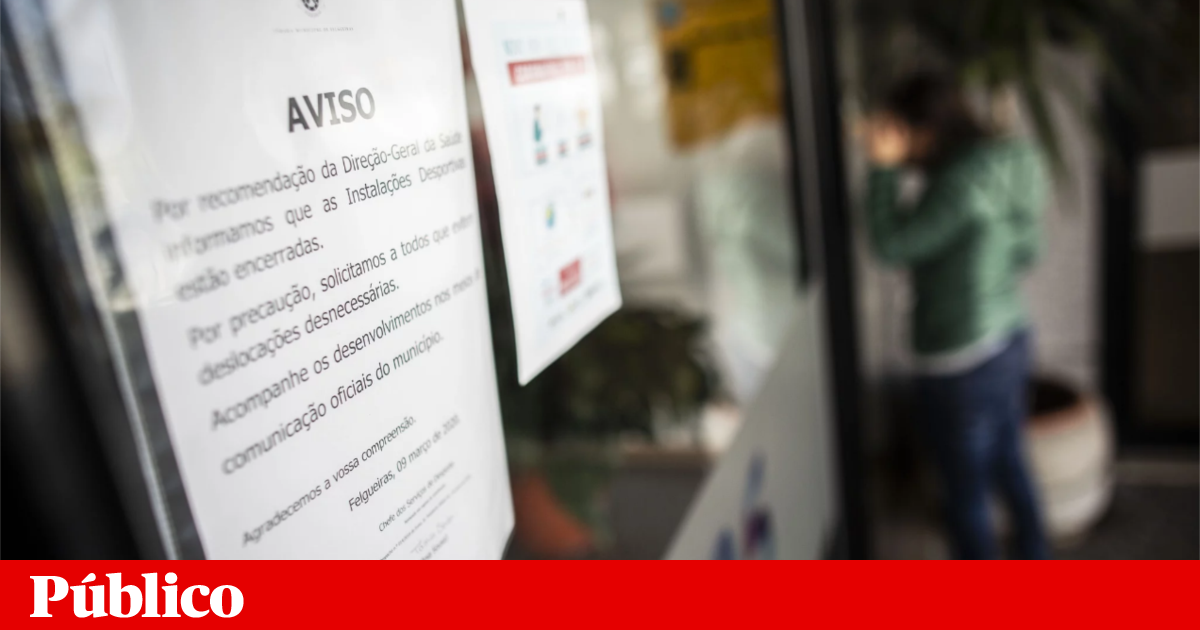 In just over 24 hours, dozens of educational institutions from North to South of the country announced tighter measures to try to contain an even more comprehensive outbreak of the new coronavirus (covid-19). These actions, some with no deadline yet, will leave over 100 thousand students without classes and prevent access to school buildings.

The National Council of Medical Schools decided to close the doors of all medical schools in the country, a measure that affects more than 12 thousand students. The Faculty of Medicine of the University of Porto had already announced that all its students were banned from circulating in the building of the Hospital de São João. The shared facilities of the Abel Salazar Institute of Biomedical Sciences and the Faculty of Pharmacy of the University of Porto will remain closed until March 20.

Also in the Porto region, the Polytechnic School of Technology and Management closed indefinitely “all facilities where classes take place”, including Amarante and Penafiel, in the district of Porto, in addition to Felgueiras and Lousada.

This Monday it was also announced that the Polytechnic and University Higher Education Cooperative (CESPU), which manages the University Institute of Health Sciences, in Gandra, in the district of Porto, and the Instituto Politécnico de Saúde do Norte (which is part of the Vale do Ave School of Health, in Vila Nova de Famalicão, and Vale do Sousa School of Health, also in Gandra, would suspend all classes and close most of its spaces.

The Porto Higher School of Nursing (ESEP) said that it was going to suspend “all clinical teaching activities / internships” from the courses and for an indefinite period. ISCE Douro was another of the institutions in the North region to review its teaching activity during the next two weeks. “Between today and until March 23, our Institute will only teach distance classes (as well as the respective tutorials), suspending the face-to-face classes”, the institution said in a statement.

In the district of Vila Real, the University of Trás-os-Montes and Alto Douro, decided to suspend sports events and activities under the responsibility of the academy, as well as missions to countries affected by the covid-19 outbreak.

At the University of Minho, about 90 students are in voluntary prophylactic quarantine at the academy’s residences in Braga, for having been in contact with a student infected with the new coronavirus. In addition, this institution announced this Monday evening “the suspension of classroom teaching activities throughout the university”.

Also in the district of Braga, the Instituto de Estudos Superiores de Fafe closed the facilities and suspended face-to-face activities for at least two weeks, for preventive reasons, in a measure that covers 900 students.

Along with other educational institutions, the University of Coimbra (with at least 22 thousand students) will also suspend all classes. Universidade Nova de Lisboa announced tighter measures to contain a possible outbreak, including suspending public scientific meetings with more than 50 people and participants from abroad, postponing non-scientific public events on the perimeter of the university and reducing the frequency of people in canteens and homes “to the minimum possible”.

The University of Lisbon has put forward a series of measures to “contain the spread of the virus”, including the suspension of classroom activities and libraries, study rooms and cafeterias. In addition, and according to announced the institution with 59 thousand students in a statement, “the physical and sporting activities, carried out in the premises of the University Stadium and the schools, are suspended, namely those that take place indoors, or are kept with restrictions”.

The University of the Azores (with centers in São Miguel, Terceira and Faial) also decided to postpone “congresses, workshops, seminars or other public scientific or cultural events ”in the institution’s spaces. The academy forbade entry to university residences to anyone who moves to the archipelago from other countries and regions without having completed a quarantine period.

This Sunday, the Directorate-General for Health (DGS) announced that all schools in the two Portuguese municipalities most affected by covid-19, Lousada and Felgueiras, in the Porto district, would be closed.

In Amadora, two schools will be closed until 20 March. The decision was taken after two new cases of infection were identified: one at the Amadora Secondary School (ESA) and another at the 2.3 Roque Gameiro Basic School.

Subscribe to the newsletters for free and receive the best news and the most in-depth work by Público.

In Portimão, in the district of Faro, two schools are closed: the Manuel Teixeira Gomes Secondary School, where a student was diagnosed with covid-19, and the Professor José Buisel Basic School, where he teaches the mother of the sick student, also infected .

The Directorate-General for Health (DGS) confirmed that there are 39 people infected with the new coronavirus in Portugal and that 339 suspected cases await laboratory results.