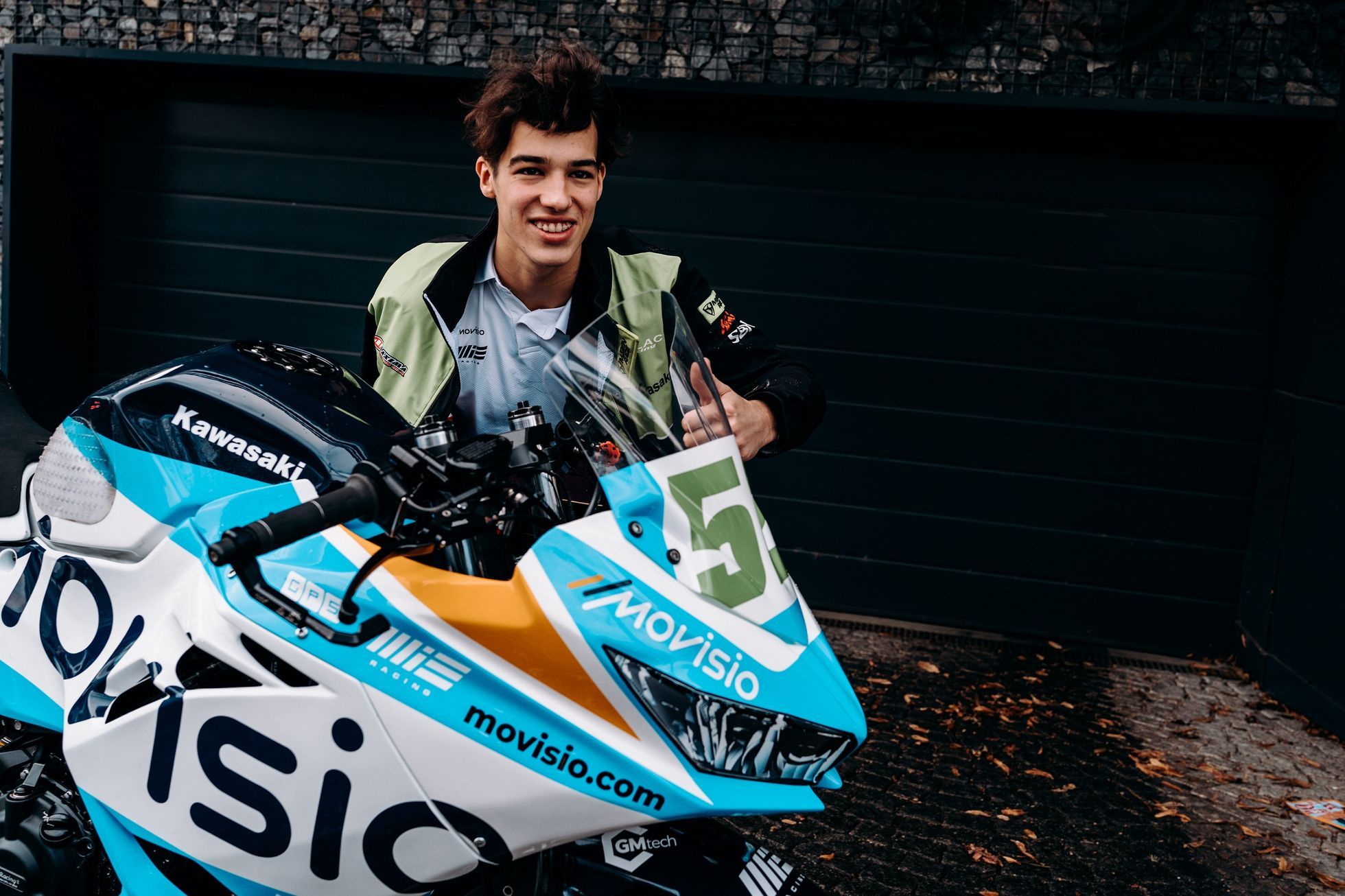 Czech motorcycle rider Oliver König will ride this year in the World Superbike Championship. The 19-year-old will sit on Kawasaki in the colors of the Spanish Orelac stable. In July, he will also present himself in the new team at the World Championships in Most.

“I found out exactly on Christmas Day. My manager Miloš Čihák gave me the best gift for Christmas,” König said during Thursday’s online press conference, during which he signed a one-year contract with the Orelac Kawasaki stable.

The Czech young man has already tried out the World Superbike Championship at the end of last season during a race in Indonesia.

“Even though the stars of the World Championship overtook me, I think I made a good progress during the race weekend. All the boys who ride there are my role models. I will enjoy racing a lot,” said the nice young man. “Even if it’s a big jump, it makes sense. Liter motorcycles fit me and I believe I can do it.”

As the first rider in history, he jumped the class of “big” supersports and jumped directly from the Super Supersports World Championship 300 to the superbikes. “I am very lucky with the people around me. They trust me and have given me such a chance. I will try to make the most of it,” said the racer, who will be the youngest rider on the superbike grid this year.

As a Czech pilot, he is, of course, most looking forward to the domestic Grand Prix. “It’s a beautiful track that I really enjoy, and maybe we’ll show a nice result there,” said the rider, who was just in Most last year in the supersport 300 category.

“Last year, together with Autoklub ČR, we managed to win the Superbike World Championship for the Czech Republic, so the constant engagement of the Czech representative in the highest class is the best news we could have wished for. Oliver did very well in Most last year, he is a top rider. , “added Josef Zajíček, Chairman of the Board of Autodrome Most.

The driver’s manager Miloš Čihák and the new team boss Jose Calero claim that König is the ideal type for a superbike machine. “I’m starting slowly again. The motorcycle has 200 horsepower more and weighs almost the same. It’s like a rocket on wheels or as I say a time machine,” said the Czech rider.

König has something to build on in the first season. During his debut, he impressed the bosses of superbike teams with their performance. In the superpole qualifiers, he finished less than three seconds behind the new champion Toprak Razgatliogl. And he lost only 0.6 seconds to the penultimate Spaniard Tito Rabat, a Moto2 champion and former MotoGP rider.

“My goal is to leave the season unscathed and to have a gradual progress. At the beginning, the team is mainly interested in the progress, not the results,” explained König, who is also considering other starts in the World Endurance Championship.

“Kawasaki is collecting data. They saw Oliver accelerate on a literary motorcycle in heavy rainy conditions over the weekend. Even though he didn’t drive much in training. Oliver has to finish the races at the beginning of this season.

König can’t train 100 percent yet because his hand is in plaster. After a fall during training, he has a chipped bone in his right hand. “It actually happened in a great period of time, when it will not seriously affect the preparation,” he said.

Colors of the homeland | New leaks reveal the details of “iPhone 14” .. many surprises