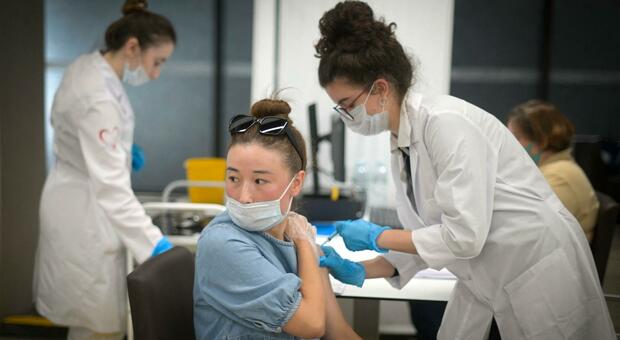 With the spread of the variants and with the surge in infections, the Ministry of Health in Israel has ordered the administration of a third dose of Pfizer vaccine to the immunosuppressed. The goal is to curb new infections. A measure that, for the moment, concerns those who have had heart, lung, liver, bone marrow or kidney transplants, or those who are undergoing cancer treatment. But in recent weeks another news has also arrived from Israel, useful for research and which could change the modalities of the struggle, now unfortunately long, at Covid.

By analyzing the data of the infections, the Ministry of Health found that patients who recovered spontaneously from the disease, developing natural antibodies, seem to be less likely to be reinfected than patients who had been vaccinated. A finding that directly contradicts the research of American experts such as Dr. Anthony Fauci, and also that of scientists at Pfizer and Moderna, who have argued that the antibodies created by their drugs are more potent than those produced by natural infection. The advice of the experts, however, remains to be vaccinated even after having spontaneously recovered from Covid, in order to obtain even higher protection.

Vaccines, the return of the first doses: it is also up to the under 30s

Green pass, August without a certificate for 17 million Italians

According to Israel National News, more than 7,700 new cases of people infected with the virus have been detected during the most recent wave, so as of May. Of these, only 72 were people who had previously been affected and had developed natural antibodies – that’s less than 1%. About 40% of new cases, therefore more than 3,000 patients, on the other hand, were infected despite being fully vaccinated. Obviously, without developing the disease in a severe way, which is the main purpose of immunizing drugs.

If this is true, it has profound ramifications:https://t.co/YlKw08qF3h

The study found that Israelis who had been vaccinated were 6.72 times more likely to get the infection after the injection than those who had developed protection with the natural course of the disease. A disparity that has confused experts: some say that the data demonstrate the higher level of immunity provided by natural infection compared to vaccination, while others remain unconvinced.

The Israeli Ministry of Health had previously estimated that Pfizer vaccine efficacy was only 64% against the Delta variant. Research that helped Pfizer and its partner BioNTech develop a new vaccine designed to protect against variants, including Delta and Beta.