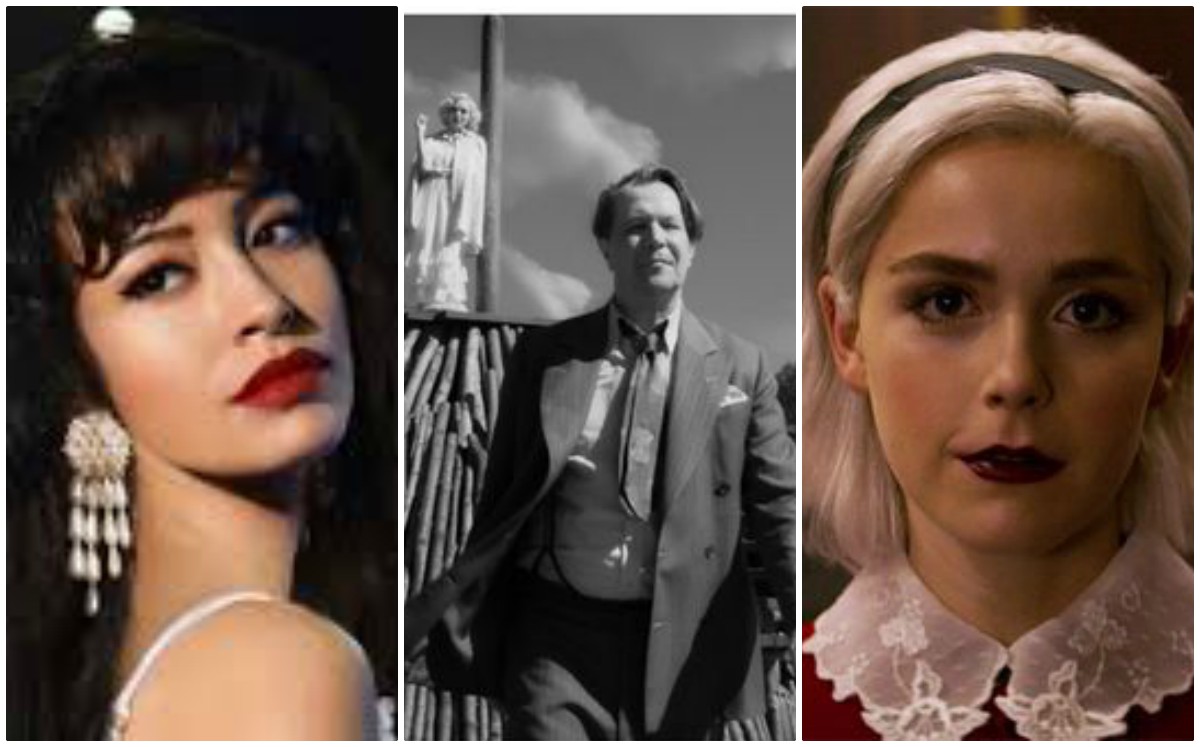 We know that in many of you arose despair after seeing that another streaming service arrived in Mexico and that simply paying for it meant giving up any other platform. Well, we have news for you: it is perfect that you have not let go Netflix because this December comes loaded with new releases that will not make you regret your decision at all.

That’s right, to celebrate the end of 2020, a somewhat turbulent year full of negative things like the coronavirus pandemic, which is getting closer and closer to its end with the arrival of vaccines (we hope), Netflix wanted to throw the house out the window with the introduction of new series and movies that leave nothing to be desired. Here we will gather all premieres of this december on the streaming platform so you can take a dive and don’t miss any of them.

Series coming to Netflix in December 2020

You are a fan of the Queen of Texmex and you can’t stop singing ‘Como la flor’, you are going to really enjoy this bioserie, which tells the story of Selena Quintanilla and her family from the beginning of her desire to become a famous singer in the garage of her house until she became a great artist.

Season four of this Netflix original cartoon series is finally here, which tells in a very original and open way the transition of a group of children to puberty. In this installment, we will meet a new member of the cast who will cause a lot of problems, because his name is Tito, the mosquito of anxiety.

The Mess You Leave (December 11)

A Spanish series that tells the story of a substitute teacher who comes to replace a teacher who recently died. Soon, she too will start to fear for her own life.

To close 2020 with a flourish, Netflix will premiere season 4 of The Hidden World of Sabrina, in which we will see Nick trying to win the heart of the protagonist again while the coven faces dangers from other dimensions.

A new season of this series comes to Netflix in which the crew of the Waverider will be back with new adventures through time while facing an eminent crisis.

Movies coming to Netflix in December 2020

This film, starring Gary Oldman, tells the story of legendary screenwriter Herman J. Mankiewicz as he writes Citizen Kane against the clock, while allowing us to take a dive into the gruesome world of Hollywood in the 1940s.

A musical with a great cast made up of actors and actresses of the stature of Meryl Streep, Nicole Kindman and James Corden that tells the story of a group of Broadway stars in crisis who travel to a small American town with the goal of making a teenager can go to their prom.

Directed by and starring George Clooney, this film tells the desperate story of a scientist trapped in the Arctic seeks to warn a team of astronauts about the mysterious catastrophe that devastated the Earth.

See also  M6: A sixth couple in "Scenes of households"

The mother of blues (December 19)

An adaptation of August Wilson’s work that plunges us into the story of the pioneering blues mother and her band, who meet in a recording studio in 1927 as tension rises in Chicago.

And the Mexican movies