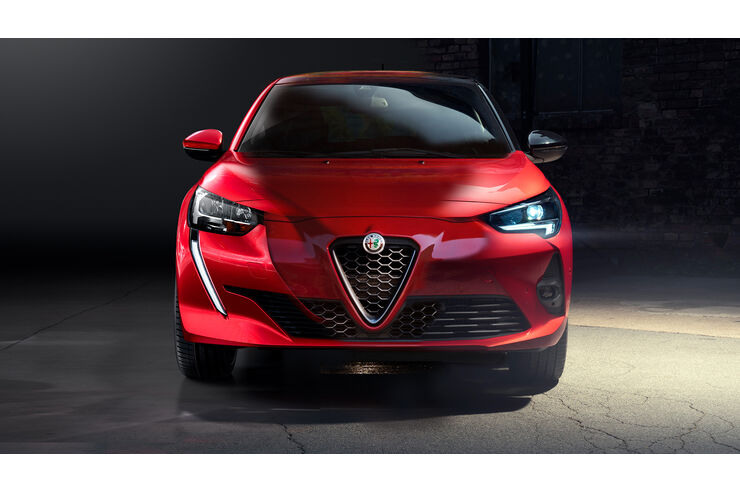 Alfa Romeo is apparently planning to revive the Mito. That would then be on a group platform with Opel Corsa and Peugeot 208.

Such an Alfa Romeo has to be like an expensive Italian red wine. Passionate, spirited, sometimes it hurts a little afterwards and is not always good for the wallet. Okay, admittedly: That’s a lot of cliché. But could you imagine an Alfa Romeo somewhere between “Handkäs mit Musich” and “Camembert”? No more culinary language images – the new Alfa boss Jean-Philippe Imparato is thinking of relaunching the Mito. On a platform with Opel Corsa and Peugeot 208. A thought that the proud Alfisti pours the red wine bottle down his throat. For a brand that has always sworn so much on DNA, heritage and independent extravagance in its communication, such a common-part group strategy is the maximum penalty. If anything, an Alfa can borrow parts from Maserati or Ferrari. You stay there in the “Famiglia”.

He’s already on the road as a Erlkönig – the Alfa Romeo Tonale should be at the dealership in mid-2022.

But it doesn’t help, because Alfa has a problem: Hardly anyone buys the cars, not even the fans. For several years the Italians have been bobbing in the registration statistics in meaningless places and are not selling either Giulia or Stelvio. A total of only 3,246 vehicles were sold in 2020 and Alfa Romeo even still offers the long-expired Giulietta – there is apparently still enough stock. Only from March to June 2021 were the figures above the previous year’s level (total sales from January to September 2021: 2,310 vehicles). The new parent company Stellantis is still sticking to the visions of an Alfa future. The brand is to form a premium block within the company with Lancia and DS in the future. A bearer of hope: The Tonale. A compact SUV that will be available at dealerships in mid-2022. From then on, according to Alfa Romeo’s roadmap, a new model will follow every year and, according to recent statements, the SUV should be followed by a Mito.

The electrification of the portfolio should be completed in 2024, from 2027 the combustion engines will then be completely phased out. But even for a possible Mito, a purely electric version should be indispensable, which is not a problem with a view to the CMP platform (Common Modular Platform). After all, the Opel Corsa and the Peugeot 208 have long been available as BEVs. In a wider range of models, Alfa Romeo sees an opportunity for an economic breakthrough. It remains to be seen whether orientation as a premium brand will help. So far, the comparatively high-priced Alfas have stood in the way of themselves.

Never, ever – even if they are pretty.

I already have one.

It’s never been my cup of tea anyway.

Alfa Romeo must finally become profitable, otherwise it looks bleak. The use of platform synergies helps of course. But there is a risk that it will emotionally undermine the brand and piss off the last fans. On the other hand, these fans have not expressed their love with a view to the sales figures in real buying interest. We keep our fingers crossed that it will work out in the end.