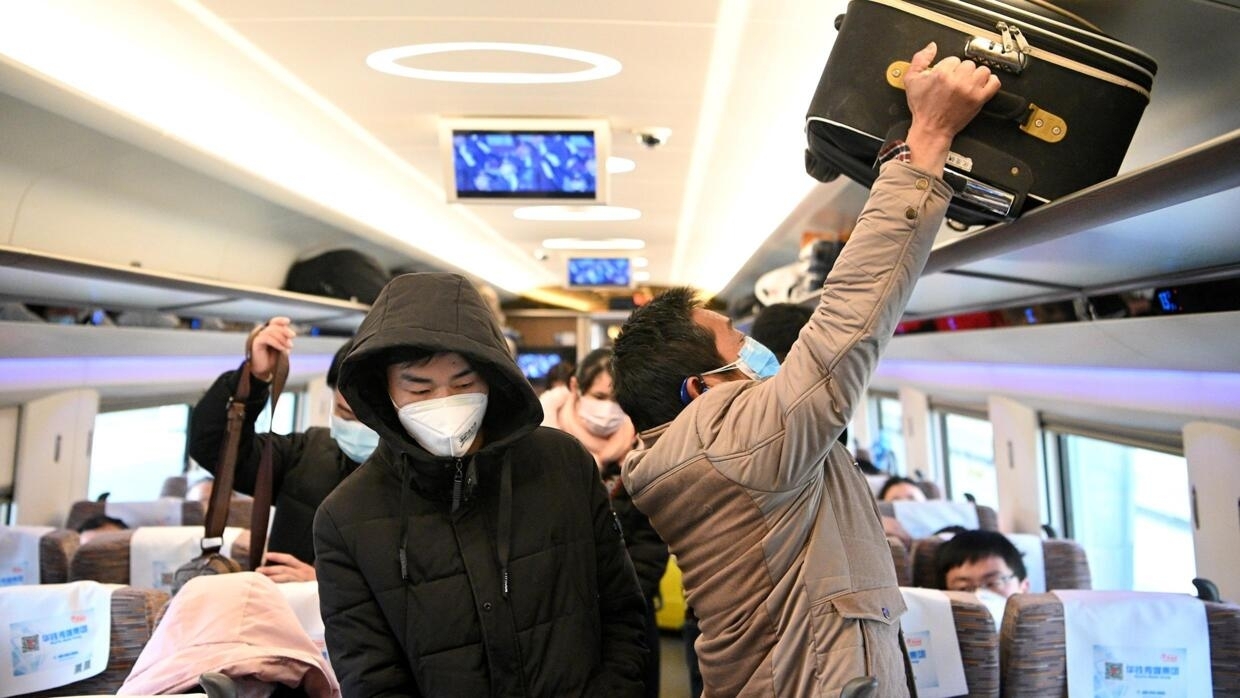 Constant temperature controls, a “no mask, no service” ethic and the monitoring of high-tech people: welcome to the new normal in China, where the memories of the country’s national mobilization against the coronavirus around every corner are hidden.

China appears to be grappling with the virus, which emerged late last year and infected more than 80,000 people and killed around 3,000 in the country, but has slowed considerably in recent weeks.

But this has come at the expense of new preventive policies that have turned life upside down and that will probably not be abandoned soon.

The changes brought about by a spread spread by humans and their travels are particularly noticeable when they try to move within China, as AFP reporters discovered during recent travels from Shanghai to the borders of the viral epicenter of the province of Hubei.

Virus reminders begin as soon as you leave the house, with taxi drivers masked in white gloves ready to warn all passengers who forget to wear masks.

Some drivers are going even further. In the city of Wenzhou, about four hours by train from Shanghai, AFP reporters got into a car called via Didi Chuxing – China’s answer to Uber – in which a transparent plastic barrier was stretched on a makeshift frame. to separate driver and passengers.

Didi Chuxing has piloted the project in a handful of hard hit cities and plans to spend 100 million yuan ($ 14 million) to expand it.

Travelers who book tickets aboard the country’s efficient high-speed rail network have recently been surprised to find that despite travels being depressed by fears of viruses, popular booking apps like Ctrip invariably list most trains as ” sold out “or with only a handful of places left.

But one of these trains bound for Wenzhou was full of empty seats. This is because only a fraction of the tickets are made available to prevent travelers from sitting too close.

“Sorry for the confusion, but China’s high-speed rail systems are contributing to the patriotic hygiene campaign. We hope you find it convenient,” said a young female train assistant.

With the government calling for a “popular war” against the virus, technology champions such as Alibaba and Tencent have launched digital mobile phone apps that use big data to track the movements of a traveler dating back a month ago.

Users are classified as green, yellow or red depending on whether they have visited high risk areas.

Showing your code to security personnel is now mandatory in several cities to exit railway stations or use public transportation.

In Wenzhou, taxi drivers, hotels and practically any company will ask to see the color code before letting anyone pass.

The system has fueled new rumblings on the Chinese Internet because of previous allegations that the big tech companies were doing surveillance work for the Communist Party.

But most complaints appear to involve “green” ratings that inexplicably turn “red”, which can result in a 14-day mandatory home quarantine.

Pervasive measures attest to the ability of the one-party state to mobilize huge resources – financial, material and human – for mass campaigns presented in the communist rhetoric of the 1950s.

Red banners are hung around the world in largely closed cities like Wenzhou, praising the “War of Resistance against Pneumonia” and declaring that “Everyone must contribute to the patriotic hygiene campaign”.

Check-ins at the hotel have become mini health inspections by masked staff who measure the temperature of guests by pointing the portable sensors on the forehead and forearm and recording the result.

“Have you ever had a fever, were you not feeling well or have you recently visited Hubei?” asked a Wenzhou front desk clerk.

The temperature obsession can be absurd, with some hotels re-measuring guests who had only left a few minutes earlier.

One day, an AFP reporter moving around Wenzhou had suffered its temperature a dozen times, including taxi drivers, restaurant owners, shop assistants, hotel security, reception staff, and one last shot late at the door of a female hotel employee.

“Don’t go on! Be still please,” she snapped, before a slight beep announced the result.

Beijing is pushing a long-term struggle and local governments will no doubt be afraid to give up even slightly anytime soon and be accused of a new outbreak.

This means that even some of the company’s most honored practices are pending.

And when the time came to shake the hand of another officer, the man refused, laughing nervously.

“To be on the safe side, we’re not really shaking hands at the moment,” he said instead, leaning his arm forward for a “bump in the elbow.”

Giant asteroid to pass near Earth on April 29