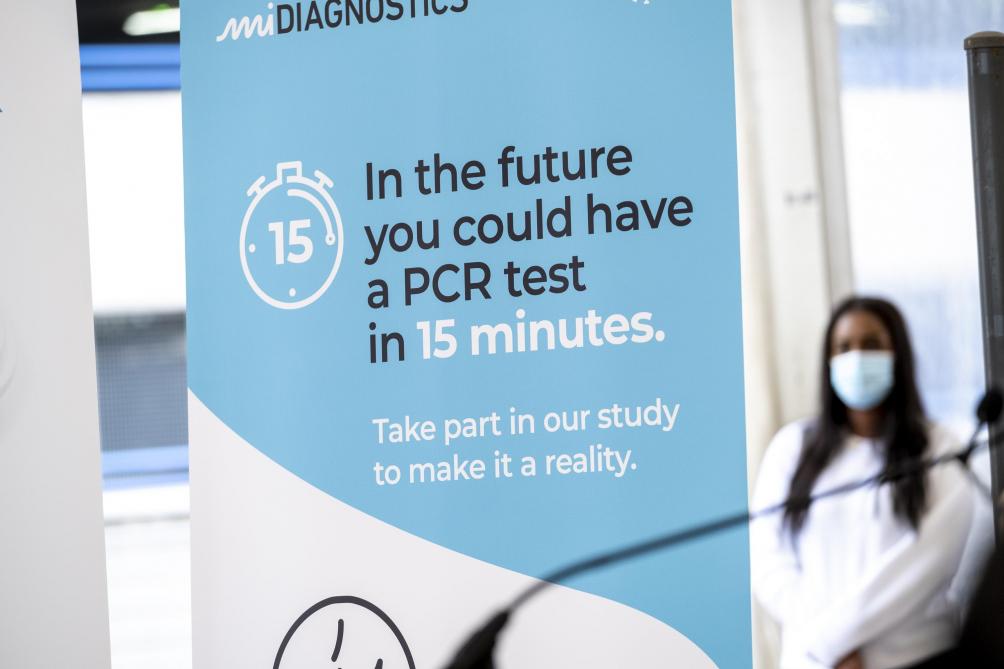 A From Monday, travelers departing from Brussels airport will be able to be tested, on a voluntary basis, with a new ultra-fast PCR test, announced Brussels Airport. This test allows a result to be obtained in 15 minutes, compared to three hours for a conventional PCR test.

These new tests were developed by miDiagnostics. They also use a nasal swab for sampling and have similar performance to the conventional PCR test. However, thanks to the integration of a microchip, the temperature cycles essential for DNA replication, necessary for the operation of the test, can be carried out up to 20 times faster than for a conventional PCR test. , which reduces the turnaround time to 15 minutes.

The chips, created by the imec research lab, are also used in a new breath test that collects aerosols and droplets of exhaled air for the detection of covid. This has been clinically tested in collaboration with the university hospital and the University of Louvain. It is able to capture covid virus in exhaled air and detect viral RNA quickly and reliably. This new technology is now used under license by miDiagnostics for commercialization.

1,500 passengers per day at Brussels Airport

Both the PCR swab test and the breath test will be put to the test during a trial period which will take place from Monday 18 October at the Brussels Airport test center. All travelers who have just had a conventional PCR test will be able to take one of the other tests if they wish. Participation in this study is possible every day of the week between 9 am and 5 pm and all participants will be rewarded with a gift certificate.

Currently, the airport’s covid test center receives an average of 1,500 passengers per day, arrivals and departures combined. Since its opening in September 2020, more than half a million people have been tested at Brussels airport.