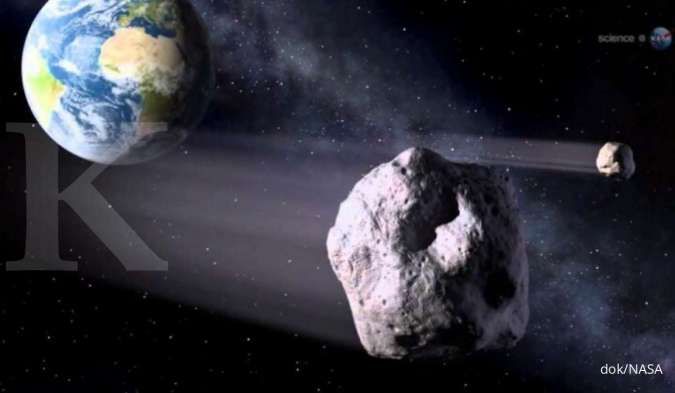 ILLUSTRATION. Newly discovered, this is the fastest asteroid in the solar system

KONTAN.CO.ID – A new discovery, a fastest asteroid in the solar system has finally been discovered. Dubbed “2021 PH27”, the tiny asteroid circled the star in less than four months.

Asteroids also have different speeds as they orbit the sun. Talking about speed, recently discovered the fastest asteroid in the solar system.

The fastest asteroid in the Solar System

Not only superheroes who have high speed, like Flash from the DC comics universe or Quicksilver from the Marvel universe. The asteroid, named 2021 PH27, is known to be the fastest in the solar system, at least for now.

Quote from Popular Scene, 2021 PH27 takes less than four months to orbit the sun. 2021 PH27 has a diameter of 0.21 miles (or 1 kilometer) and is able to complete its orbit in just 113 Earth days, a shorter orbit than any other known asteroid.

Yes, although this asteroid is relatively fast, this is still a bit longer than Mercury which only takes 88 days when it orbits the sun.

2021 PH27 was discovered on August 13 while astronomers were collecting images from the 4-meter Victor M. Blanco Telescope at the Cerro Tololo Inter-American Observatory in Chile. In between studying galaxy clusters, scientists use their spare time to search for asteroids.

When they spotted 2021 PH27, the team of scientists was determined to follow its orbit, even to the point of delaying their other research schedule.

“Although time with a telescope is invaluable to astronomers, the nature and love of the unknown makes astronomers willing to put aside their own observations in favor of exciting new discoveries like this one,” said lead researcher Scott Sheppard.

Scott Sheppard is an astronomer at the Carnegie Institution for Science.

Also Read: What is Blue Moon? Let’s get to know this phenomenon and when it will happen again

A giant snail in the Tatra Mountains. It is an invasive species that eats other snails and can reproduce without – Gazeta Wyborcza