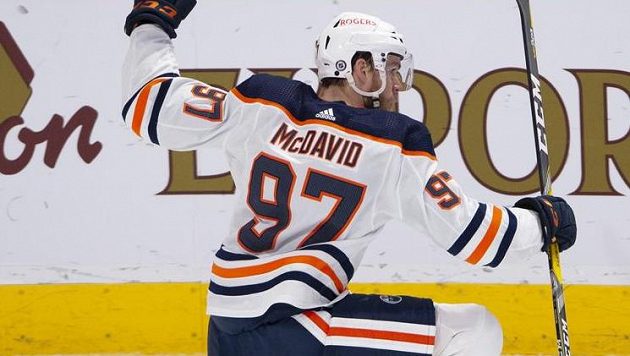 Connor McDavid rejoices at the goal

Twenty-four-year-old Oilers captain McDavid scored 105 points for 33 goals and 72 assists in 56 games in a season shortened by the coronavirus pandemic. Draisaitl, who defended the Art Ross Trophy, scored 31 goals and assisted in 53. Brad Marchand from Boston was third with 69 points (29 + 40) from 53 matches.

The drama was cut by the second extension, Pastrňák et al. Carolina goes to the blockbuster

American striker Auston Matthews of Toronto scored the Maurice Richard Trophy for the NHL top scorer for the first time with 41 goals from 52 games. He surpassed the second McDavid by eight goals. 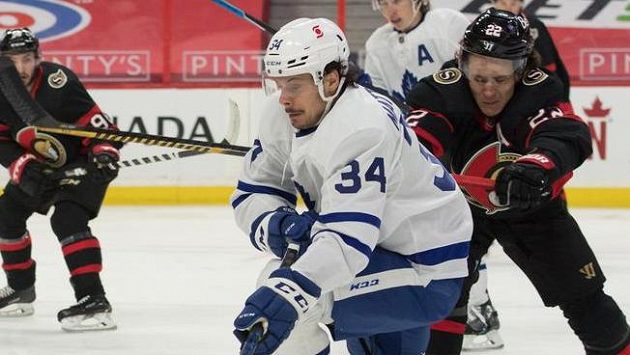 Twenty-three-year-old Matthews scored 47 goals in 70 games last season and finished third behind winners David Pastrňák from Boston and Alexander Ovečkin from Washington, who had 48 goals.

For the second time in the last nine seasons, Maurice Richard is not among the holders of the Ovechkin Trophy. In 2016/17, Canadian Sidney Crosby of Pittsburgh reigned supreme with 44 goals from 75 matches, and Ovechkin was 13th with 33 goals from 82 duels. The 35-year-old Russian gunner shares the same position this year with 24 goals out of 45 duels. 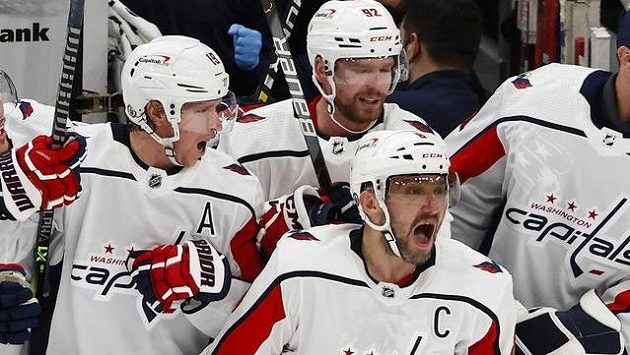 Sheep was nervous in Boston. The dialed Russian broke the hockey stick and snatched the compatriot

Pastrňák, who missed the first eight matches of the season after hip surgery, ranks 30th with 20 goals out of 48 matches. Pastrňák was third in productivity last season with 95 points out of 70 matches.

The recorders were ruled by McDavid before Draisaitl. The most productive defender was 48 points for eight goals and 40 assists from 56 games by Tyson Barrie from Edmonton. He surpassed Adam Fox of the New York Rangers by one point. 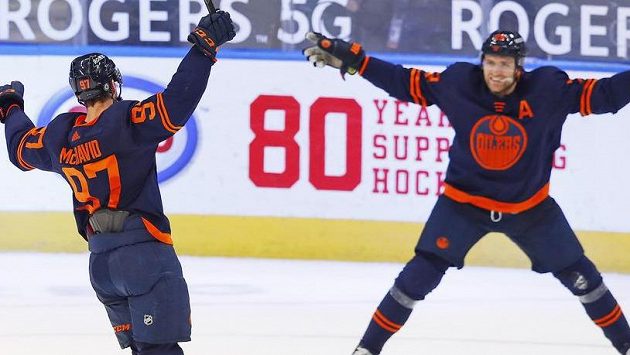 Connor McDavid and Leon Draisaitl rejoice at the goal

The newcomers were ruled by 24-year-old Russian striker Kirill Kaprizov from Minnesota with 51 points for 27 goals and 24 passes from 55 duels. Twenty-one-year-old Jason Robertson from Dallas finished six points behind him.

With 30 positive points, the Finnish striker Mikko Rantanen from Colorado had the best balance of participation on the ice in scoring and collected goals. The worst was Swedish defender Rasmus Dahlin from Buffalo with 36 negative points. The most punished player was the Canadian striker Tom Wilson from Washington with 96 minutes. 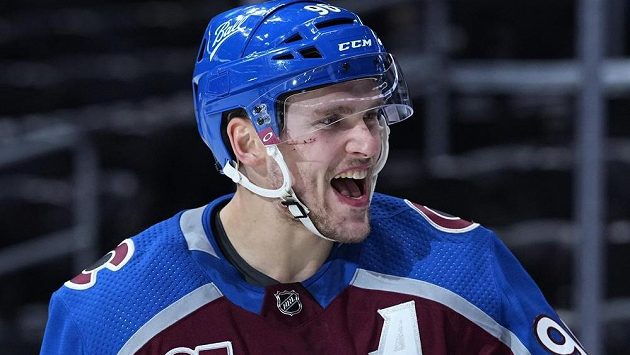 Mikko Rantanen is happy with the goal

Twenty-five-year-old Alex Nedeljkovic of Carolina, an NHL newcomer, dominated the goalkeepers with a 93.2 percent success rate and an average of 1.90 goals per match. Seven clear accounts were caught by Russian Semyon Varlamov of the New York Islanders and German Philipp Grubauer of Colorado. The Russian Rusj Vasilevsky from Tampa Bay was the best with 31 wins, the Czech Vítek Vaněček from Washington shared the sixth place with 21 victories and he was the best of the newcomers.

34 Czech hockey players intervened in the season, four made their debut

34 Czech hockey players presented themselves in the basic part of the NHL, which was the same as last season. This was again the least since the 1994/95 season, when 29 Czechs took part in the famous competition.

Four players from the Czech Republic made their NHL debut last year. The first starts in the NHL this season were taken in the basic part by goalkeepers Vítek Vaněček from Washington, Josef Kořenář from San Jose and forwarders Radim Zohorn from Pittsburgh and Jan Jeník from Arizona. They expanded the total number of Czech representatives in the history of the NHL to 243.

“I’m going to shoot everyone”: a teenager threatens a school in Menen, the establishment closed – 7sur7