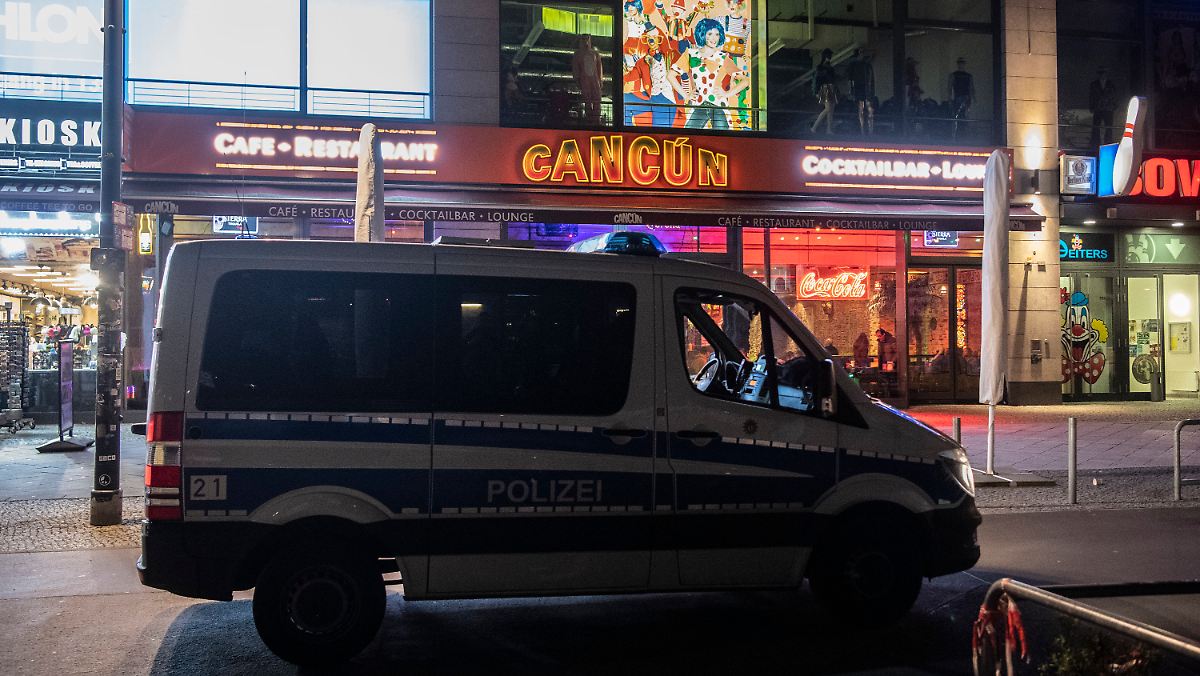 There is officially nothing going on in the German party metropolis. If you wanted to hit the plaster again today, it was too late. After loud criticism of the hesitant approach, the Senate and police have closed the pubs and clubs of the capital earlier than planned.

In the fight against the coronavirus epidemic, Berlin ended most of the capital’s nightlife for the next five weeks on Saturday evening. In the evenings, the police drove the bars away and closed them. Restaurants were allowed to stay open. Nevertheless, entire streets were largely in the dark in the popular nightlife districts of Neukölln, Kreuzberg and Friedrichshain.

In the course of the drastic measures, all cinemas had to close. Likewise gyms and sports facilities. Most clubs were no longer open from Friday. Some subway lines, which are well frequented on normal Saturday nights, were conspicuously empty. Private celebrations are only allowed with a maximum of 50 participants and are connected with bureaucracy: the names and contact details of the visitors must be recorded and kept by the hosts.

The Senate had initially announced on Friday that bars, bars and clubs would be closed on Tuesday. This weekend would therefore have been the last opportunity for those wanting to have fun. The hesitant approach caused a lot of criticism. Then suddenly on Saturday adopted and published a regulation, which demanded immediate closure. Literally there it was said, among other things, to be closed: “Dance amusements, trade fairs, exhibitions, special markets, arcades, casinos, betting shops” as well as prostitution places, ie brothels.

The crowds are crowded

How to protect yourself against the corona virus

To avoid the spread of the coronavirus, the Robert Koch Institute recommends a few rules of conduct:

In the evening, the Senate Health Administration announced that the number of confirmed corona cases had risen to 263. 42 of these are attributable to a club. All events would therefore be prohibited. “It’s just not the time for parties.”

There is also a corona case at the Berlin fire department. “Quarantine for him and 24 other colleagues,” tweeted the fire department. The police went from pub to pub and bar to bar in many parts of the city on Saturday evening and instructed the waiters to invite all guests out. Corner pubs were closed in Wedding, and the guests were completely surprised. In some restaurants, the police enforced that the tables were moved to a distance of 1.50 meters. In front of Spätis, however, people with beer bottles were still crowded at night.

The police said on Twitter that there were no problems in almost all cases. “Our colleagues are reporting from their efforts that you all have full understanding of the regulation and its implementation. Thank you for your support, because only together we can contain # Covid19.” The Governing Mayor Michael Müller (SPD) again appealed to the citizens on Saturday: “In the coming weeks or even months, we should all show solidarity with one another, support one another, help where help is needed. The older people in particular need ours Support because they belong to the largest risk group, as the scientists confirm. “

In the coming week all schools and day care centers will also close. Visits to hospitals and old people’s homes are very limited and only allowed for a short time. The rules apply until April 19 inclusive.