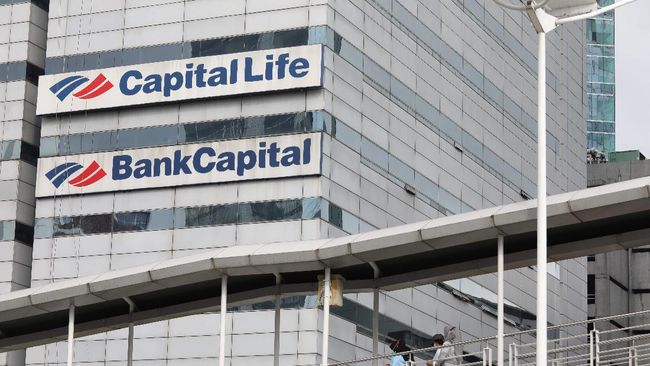 Foreign investors in the stock market entered the Indonesian stock exchange with a record foreign net purchase of Rp 208.50 billion in the regular market. Meanwhile, foreigners recorded a net purchase in the negotiating market and cash market of Rp 219.23 billion.

Here are the top 5 stock gainers and losers of session I today (25/8).

Then, ZBRA’s shares soared 20.28% to Rp 1,305/share. The stock of this issuer, which used to be engaged in land transportation, managed to rebound from the 5.65% correction in yesterday’s trading.

The increase in ZBRA and BEBS shares occurred as Ustaz Yusuf Mansur, the head of the Daarul Qur’an Islamic Boarding School, and also the owner of the asset management company PT Paytren Aset Manajemen (Paytren) bought up the two shares.

“The digital side will always be interesting, because the future, God’s permission, any face, digital, plus the logistics ecosystem, food, medicine, and in the media industry related to Covid, in logistics for example ZBRA helps distribute Bulog rice aid throughout the land. water, together with PT Pos… so you can do good deeds too. The mansurmology is right,” he said on his Instagram account @Yusufmansurnew.

This was also confirmed when CNBC Indonesia contacted Ustadh YM, his nickname, this Wednesday (25/8).

“I see that ZBRA through DNR is a complete part and can implement the concept of an integrated end-to-end supply chain solution for various logistics activities as well as offline and online distribution throughout Indonesia, so that it can answer the needs of the people who are fast-paced, efficient. , and at a more affordable price,” said YM.

Meanwhile, WINS shares fell to the lower auto rejection limit (ARB) of 6.54%. Investors seem to be starting to realize profits after yesterday this stock shot 16.79%.

Similarly, BACA shares were also hit by investors’ profit-taking so that their shares fell 2.83%. Previously, this stock had accelerated for 3 consecutive days.

The management of BACA is holding an EGMS this Wednesday to seek approval for the corporate action to issue new shares with Pre-emptive Rights (HMETD) or rights issue.