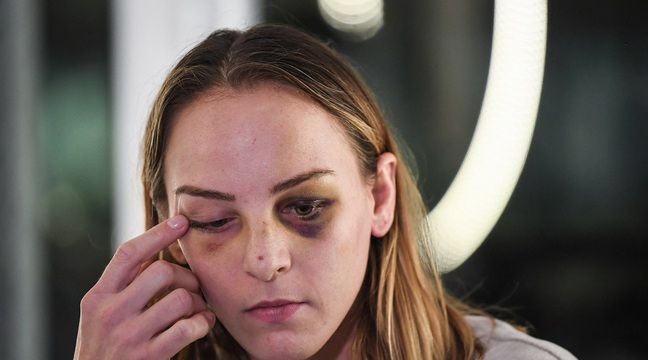 The release of Alain Schmitt had provoked the indignation of stars of French judo and the Federation, on December 1st. Considering “not having enough proof of guilt” for the violence of the former member of the French judo team on his companion Margaux Pinot, Olympic champion in Tokyo and recent winner of the Paris tournament (-70 kg) , the Bobigny criminal court had released Alain Schmitt during a hearing in immediate appearance. This Monday, the newspaper The Team reveals the motivations that led President Sonia Lumbroso and her assessors to make this decision.

The magistrate begins by explaining that, “as sensitive as the subject of domestic violence is, it cannot lead to a presumption of guilt which is not provided for by law. “Sonia Lumbroso continued by explaining the reasons for which she excluded the testimonies of certain relatives of Margaux Pinot and Alain Schmitt, “not witnesses nor of the facts judged, nor even of the relationship of couple of which they essentially tell episodes which were told to them by Alain Schmitt or Margaux Pinot, each describing the other as aggressive. »

The president of the court, however, returns to the testimony of Madeleine Malonga, also Olympic judo champion in Tokyo, who explains the “willingness of separation of Pinot” and the “calm character” of Schmitt, whom she “has never seen violent or have outbursts of anger. Sonia Lumbroso also highlights the statements “which have evolved somewhat from Margaux Pinot and which can be contradicted by the facts”. In particular on a lock of hair which would have been torn from him, found on the ground when Pinot had shown a photo where it was placed on a piece of furniture.

“The traces of struggle observed in the apartment can be explained both by the version given by Margaux Pinot, namely voluntary blows, and by that of Alain Schmitt, that is to say a clinch where each tries to push the other away, where the two protagonists bump into walls, furniture and doors, adds the president. This last version cannot be analyzed as intentional violence. (…) He should be released from the purposes of the prosecution. »

A few hours after the release, the Bobigny prosecutor’s office announced that it was appealing this decision. Alain Schmitt, who was to take the reins of the Israeli women’s national team before the facts, should be retried on April 8 before the Paris Court of Appeal, according to The Team.

How To Turn Off Or Restart A Samsung Galaxy S22