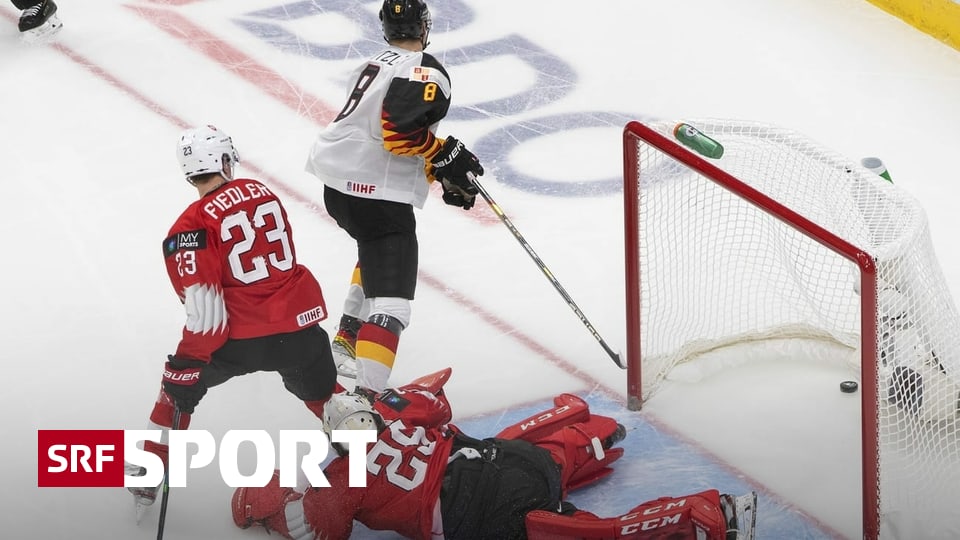 Switzerland also loses its 4th game at the U20 World Cup in Edmonton and has to return home without any points.

They dreamed of a medal and were eliminated from 4 games with 0 points. The U20 World Cup in Edmonton was a bitter disappointment for the Swiss. After the 4: 5 in the all-or-nothing game against Germany, the national team missed the quarter-finals for the first time in 4 years. After all, there is no relegation this year.

Marco Bayer’s team needed a win after 60 minutes, but were already down 3-0 after 18 minutes. The Germans only need 7 shots on goal for the 3 hits. At 1-0 (5th), John Peterka caught the Swiss keeper Thibault Fatton with a «Buebetrickli». At 2-0 (10th), Tim Stützle made defender Cédric Fiedler look old. The 0: 3, which Peterka scored again, conceded the Swiss twice undernumbered. Stützle scored the 4-0 (34th) also for the second time in this game.

The Swiss were not lacking in commitment. You got some good chances in the first two thirds as well, but were negligent with them. In the 27th minute, for example, Stefano Bottini had the empty goal in front of him, but initially he did not hit the puck, then he failed against the German goalie Florian Bugl.

I told them after the first third that they should finally take your finger out of your ass.

It was 0: 4 10 minutes before the end before the Swiss made it exciting for a short time with 4 goals. The 4: 5 by Simon Knak fell only 24 seconds before the end. Switzerland would have needed 2 more hits for the quarter-finals.

“I told them after the first third that they should finally take your finger out of your ass. After that we played well, ”said Bayer. “I’m not the type with the whip, but it probably needed that.” Perhaps it would have been better to put the knife on the neck of the players in the duel against Slovakia (0: 1), said the coach. “I will learn my lessons from it.”

Switzerland lacked individual class in Edmonton. Germany had this with the storm trio Stützle, Peterka and Florian Elias. The former two were credited with five scorer points each against the Swiss – Stützle was drawn as number 3 in the NHL draft in autumn, Peterka as number 34. The trio scored no fewer than 12 of the 14 goals of the Germans in the preliminary round.

Table U20 World Cup: Group A

Wonder Woman 1984 is a huge success… on pirate sites