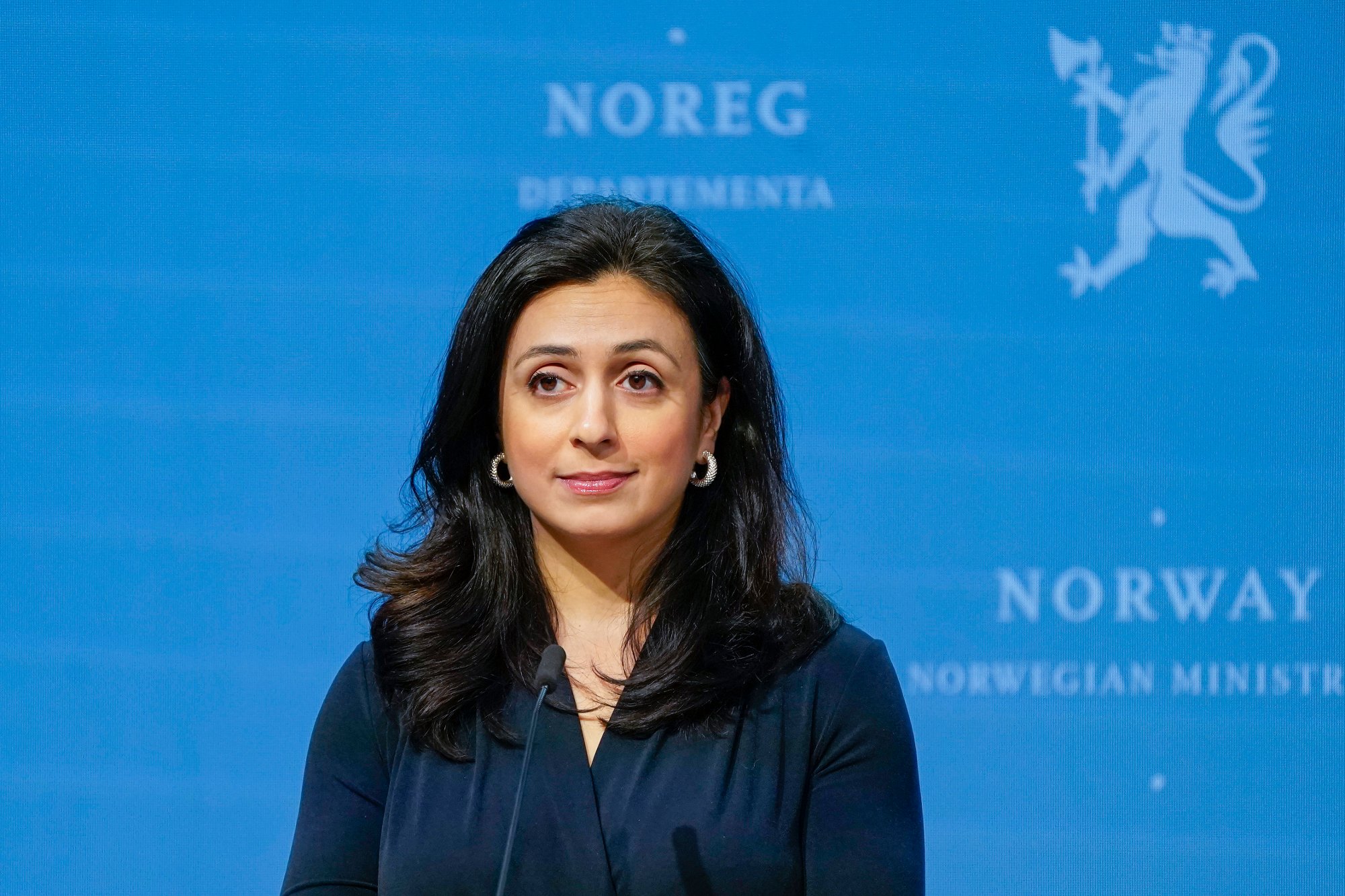 The comments expresses the writer’s opinions.

What the government has, after all delivered during its first months has ended up in the shadow of pandemic and power crisis, and no minister has so far shown more power of action than Labor Minister Hadia Tajik.

On Saturday, the deputy leader was a guest at the annual meeting of the Troms Labor Party, where she reminded that no people’s movement has started in a government office, they start in a local community or in the workplace.

Then she showed how what originates in some experiences in the Norwegian reality in the end will be what shapes national solutions.

This is how the Tajik has so far proved to be the government’s undoubtedly most strong-willed minister. She is unusually clear, and not least concrete. With new requirements for all public procurement, secure jobs in an organized working life and a fight against the freelance society. Permanent and full-time positions are what will entice the youth cohorts all over the country to take vocational certificates in the vocational subjects.

It’s a political recipe with the ear to the ground, in a transformation of policies for welfare and social justice that also addresses the fight against temporary employment and austerity measures on hired labor.

Also read: I do not recognize the Labor Party

Tajik takes society in a direction that, of course, has a strong value base in the Labor Party’s tradition. When I heard her in Tromsø I could not free myself to think the following; It is a Tajik government that could be needed in the ministries that should carve out a new direction for Norway in the north. For this is not district politics, it is national politics.

But the Labor Party has left got a little stuck in the Center Party’s reversal track and lost some of its reforming power. Some people still remember the Labor Party as a party for renewal and change in the public sector and not just conservation.

Støre is starting to get a little busy. He is a bigger statesman than he wants to be remembered in the north for reversing county boundaries and moving on a runway as well as some small local courts.

Here you can read more comments by Skjalg Fjellheim

The Labor Party must do more in the north, said Tromsø mayor Gunnar Wilhelmsen, addressed to Tajik from the rostrum, he put into words an impatience that lives out there among the northern Norwegian voters. But it is also about mayors who fear that the local elections next year will end with the Labor Party being swept out of the town halls with thunder and bang.

The government’s relationship with northern Norway currently seems to be more marked by paternalism than realism. The region has a profitable business sector, but a terrible population development that will drag the region down like a lead without radical policies with measures that reverse the trend.

This is how the Støre government goes in the same trap they themselves accused Erna Solberg of. We are served good analyzes, well-meaning and as far as correct descriptions of reality, but little concrete that suggests any ambitions that are equipped with political muscle or money.

The thing is that Northern Norway stands at a crossroads without the seriousness having sunk into Oslo. Several ministers should sign up with some ambitions in the north that extend beyond local politics.

Then you can base the text on the sane bardudølen Roald Linaker, who in an Nordlys article on Saturday sounds an unvarnished alarm on behalf of the northern Norwegian university hospital, where he is chairman of the board.

Linaker depicts an existential crisis at the university hospital that breaks large cracks in the entire post-war narrative of equality between northern Norway and other parts of the country.

What does the government intend to do about it? That is the silence and confusion. And Tajik had no answer to that in Tromsø either. But then health and hospitals are not her field either.

But Tajik’s sharp focus, choices and ambitions in working life policy stands in striking contrast to the Minister of Health Kjerkol’s beautiful words about taking care of the hospital, which is common to the entire region.

Tajiks, for their part, are in a hurry to take care of the social democracy’s ideological basis. So should the Minister of Health. Then she must take action to prevent professional environments that have been built up for northern Norwegian patients over decades, now being washed away like writing in the sand.

High North policy does not have to soar on a cloud high up there. The answers often boil down to taking care of some skirt, and being able to change course to save some buildings that are about to collapse.

We in the north may be easy to flatter with beautiful talk and election meat, but it quickly goes out of date and becomes rancid. Policies that are not followed up with action are of no value.