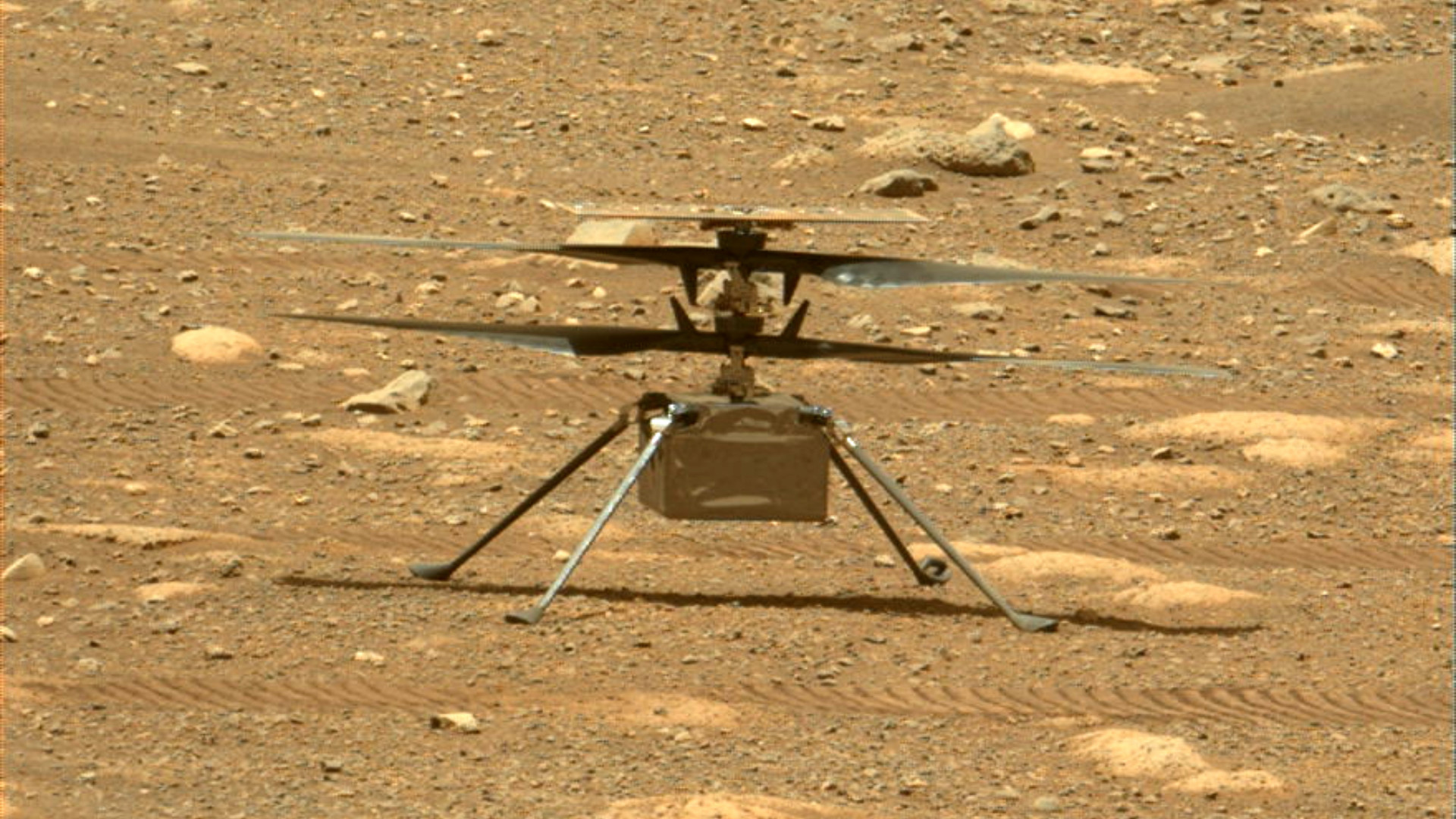 Ingenuity’s mission is far from over. The NASA helicopter tirelessly pursues its peril on Mars and does not yet intend to stop. The flights are such a success that it was decided to make it an ally of Perseverance as long as it continues to function well.

He had everything to be an ideal supporting role, but he’s stealing the show from the main character. Ingenuity has multiplied its feats since its arrival on Mars and it is not about to stop. After a dozen flights now, the small helicopter that accompanied the Perseverance rover is in great shape and exceeds all expectations. ” A single flight would have been a success, tells Nacer Chahat, French engineer at NASA’s JPL (Jet Propulsion Laboratory) who worked on the antennas and the entire communication system. So here it is well beyond expectations and the missions are more and more complex. »

Ingenuity has learned to go higher, further, and has now flown over a mile in total. A success such that now, at NASA, we no longer talk about the end of the mission for him. Mars will soon pass behind the Sun and communication will be interrupted, but upon return it will be able to continue. ” Now it’s one flight after another, specifies Nacer Chahat. As long as the system is reliable, we continue. »

Next step: help Perseverance (less than a kilometer away)

We continue, of course, but what for? Ingenuity has accumulated enough data to test all of its components and to learn to fly under all circumstances. He fulfilled his specifications. The next step is therefore to help Perseverance. ” Now we can help scientists, not just learn to fly, assure Nacer Chahat. Ingenuity can go to areas inaccessible to the rover and take pictures. It’s a new mission with new constraints. »

These constraints are linked to Ingenuity’s weak point: it only works in conjunction with the rover. The two machines must not be separated by more than a kilometer, otherwise communication will no longer pass and the helicopter can no longer be controlled. Engineers are very careful with this limit, as Ingenuity has never gone beyond 625 meters in distance so far.

But staying in that comfort zone is going to get a little more complicated now, says Nacer Chahat: “ At first, the rover stayed where it suited us for the first flights, but now it’s up to us to adapt to it. We have to follow him everywhere. Perseverance is indeed the heart of the mission and the rover must now be content to be its assistant. This means flying in sometimes more rugged places, looking for images of places chosen for their potential scientific interest. In short, Ingenuity will have to be flexible and comply with the requirements of scientists, and not just engineers. The next flights will therefore not be technical demonstrations, always further, always higher, but will above all be useful.

What will Ingenuity’s last flight look like, and when will it take place? No one can say that right now. But anyway Nacer Chahat and the other engineers at JPL are already working on a successor.

« We are currently in the development of the concept, but the main challenge will be to make a bigger and heavier helicopter.. The potential Ingenuity 2 will be too big to go with a rover, and it will have to carry science instruments weighing at least 20 kg, which means bigger and arguably faster blades. A significant challenge to take up, since the main difficulty in making Ingenuity fly was the scarcity of air on Mars, which forced the blades to turn much faster than on Earth. So more will have to be done next time.

But the team can count on months of experience with the success of the first device. And within a few years another flying machine should travel another star: Dragonfly is being prepared to visit Titan, Saturn’s satellite. ” We can help, considers Nacer Chahat, because we know how to operate the flights, we can give advice, but the issues are not at all the same, the atmosphere on Titan is much denser. The team working on Dragonfly will therefore face very different challenges, but hope to experience the same success.

All about the planet Mars

The continuation in video