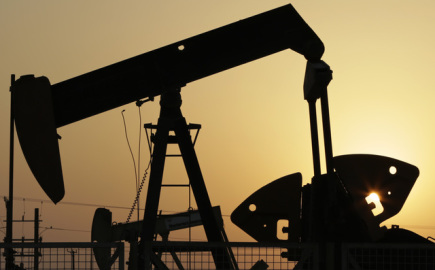 London – Oil prices are falling sharply today. Investors have hoped for diplomatic talks between Ukraine and Russia to end the conflict. Markets were also appalled by the sharp rise in new coronavirus infections in China.

The prices of both contracts have risen sharply since Russia’s invasion of Ukraine on February 24. Since the beginning of the year, they are about 40 percent higher.

Today, Russia and Ukraine negotiators are again negotiating via video link. After the weekend negotiations, they provided the most optimistic evaluation of the interviews so far and indicated that positive results could come within a few days.

“In addition to the new negotiations between Ukraine and Russia, I think the reason for the negative start of the oil week is the new restrictions in China,” said UBS analyst Giovanni Staunovo.

China is the second largest importer of oil in the world and the second largest consumer after the United States. The number of new cases of covid-19 is now growing in the country due to the highly transmissible omicron variant, which is spreading to other cities.

Staunovo also said that this week, investors will closely monitor how Russian oil exports will develop. Oil flows have not been disrupted so far this month. Russia’s oil production has risen to 11.12 million barrels a day, despite sanctions, according to Reuters. Russia is the world’s leading exporter of crude oil and petroleum products. Altogether, it supplies approximately seven million barrels of oil per day, representing seven percent of the world’s supply.

CMC Markets analyst Tina Teng said oil prices could continue to fall slightly this week as investors absorb the effects of sanctions on Russia and both sides suggest they could agree to a ceasefire. Investors will also be watching the US Federal Reserve’s (Fed) Monetary Committee meeting this week. The Fed is expected to start raising interest rates, which would boost the dollar and put downward pressure on oil prices. Oil prices usually move in the opposite direction to the US dollar, as a stronger dollar makes commodities more expensive for foreign currency holders.

Oil prices in dollars per barrel (about 159 liters):

Gallardo does not understand: the figure of River that was injured again and would not arrive against Boca

Petrol, skyrocketing prices in Puglia and Basilicata: “In April 3 euros per liter”